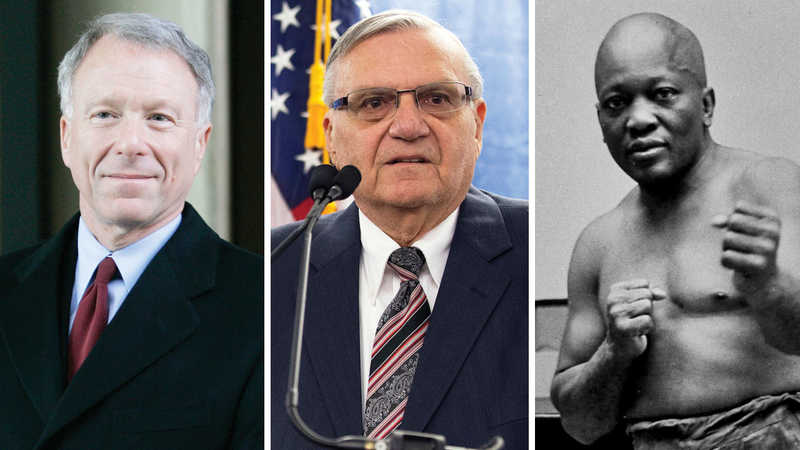 Everybody Pres. Trump has pardoned

WASHINGTON -- The United States Constitution gives the president the ability to "grant reprieves and pardons for offenses against the United States." Here's a look at the pardons President Donald Trump has granted during his presidency:

March 8, 2018: Trump pardoned Kristian Mark Saucier, who was convicted of unauthorized retention of defense information after using his cellphone to take unauthorized photos aboard the nuclear submarine USS Alexandria. Saucier was sentenced to 12 months' imprisonment, three years of supervised release and community service.

May 24, 2018: Trump pardoned boxer Jack Johnson, who was convicted in 1913 by an all-white jury for violating the Mann Act for traveling with his white girlfriend. That law made it illegal to transport women across state lines for "immoral purposes." Trump said Johnson had served 10 months in prison "for what many view as a racially motivated injustice."

May 31, 2018: Trump tweeted that he would pardon Dinesh D'Souza, a conservative commentator and Obama critic who pleaded guilty to campaign finance fraud. Trump also said he was considering commuting the sentence of former Illinois Gov. Rod Blagojevich, who was convicted of corruption, and pardoning lifestyle maven Martha Stewart, who did a stint in federal prison after she was convicted of charges related to a stock sale.

Will be giving a Full Pardon to Dinesh D’Souza today. He was treated very unfairly by our government!