Duggar sisters admit to being molested by brother, defend his past 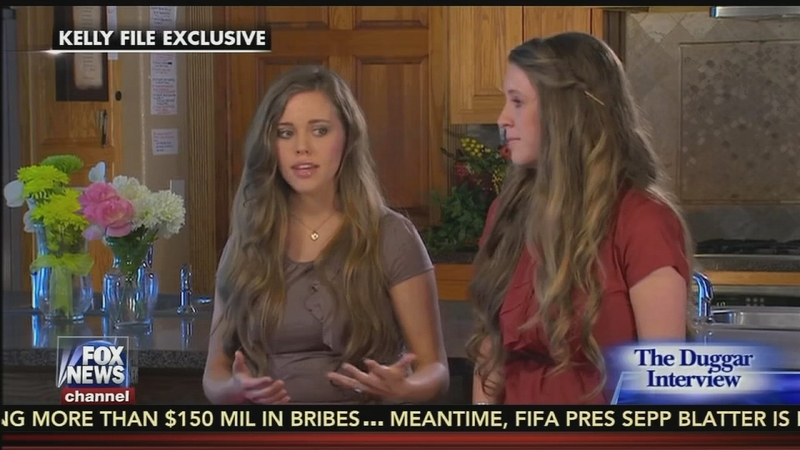 Duggar family sisters and stars of the reality TV series 19 Kids and Counting, Jessa Seewald and Jill Dillard, identified themselves as victims of sexual abuse from their eldest brother, but also took to his defense.

In a segment of an interview with Fox News' Megyn Kelly set to air Friday, Jessa said that she believed what her brother Josh Duggar did was "very wrong," though feels the reactions to the revelations of scandal were blown out of proportion.

"I do want to speak up in his defense against people who are calling him a child molester or a pedophile or a rapist, some people are saying. I'm like 'that is so overboard' and a lie really, I mean people get mad at me for saying that but I can say this because I was one of the victims."

PHOTOS: The Duggar family through the years

Jessa, 22, said she was angered by the release of the police report, posted online by In Touch, that revealed a 14-year-old Josh had inappropriately touched five young women between 2002 and 2003. Four of the victims were reportedly his younger sisters, and one a family babysitter.

"The system that was set up to protect kids, both those who make stupid mistakes or have problems like this in their life and the ones that are affected by those choices. It's greatly failed," said Jessa.

In an interview that aired Wednesday night, Duggar parents Jim Bob and Michelle claimed that Josh came to them to confess the sexual abuse. Repeatedly, they insisted that his victims were unaware of the inappropriate touching because they were either asleep or too young to understand his "intent."

The Duggar parents claim that after Josh's third confession they removed him from the home to work in an alternative rehabilitation program. According to the interview, all five of Josh Duggar's victims told police that there was never another incident after he had received treatment at the program.

The parents reportedly waited 16 months after the initial confession before alerting authorities. They said in the Wednesday interview with Kelly that they felt like "failures" amid the scandal.

"There was so much grief in our hearts. I think, as parents, we felt, 'we're failures,'" Michelle told Kelly. "You know, here we tried to raise our kids to do what's right, to know what's right. We were devastated."

Police said they first began investigating the Duggars in 2006 after a tip from a family friend. No charges were ever filed against Josh.