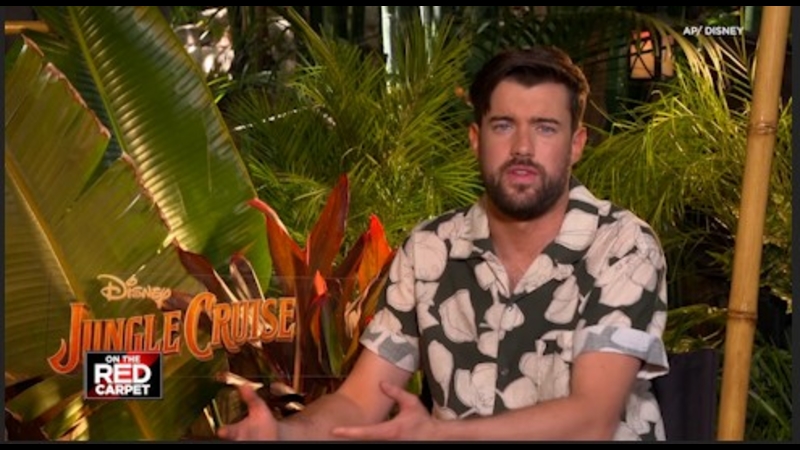 LOS ANGELES -- British actor Jack Whitehall is proud of his gay character in the new Disney adventure film 'Jungle Cruise.' The actor is even prouder of how the "coming-out" scene was handled in the movie without it being a "big deal."

"It was important for us to create that moment and just have it be about two men sharing a drink, discussing the things and the people that they love," Dwayne Johnson said.

"I thought that how Jack played the part was so nuanced," co-star Emily Blunt told AP. "I just thought it was a really sensitive simple scene and I loved it," Blunt added.

Whitehall, who reportedly didn't realize his character was gay when he got the part, went on to add: "It's a really nice cultural shift in that we can have mainstream movies and entertainment that actually reflect the world that we live in."

"Jungle Cruise" is in theaters now and available on Disney Plus with Premier Access.