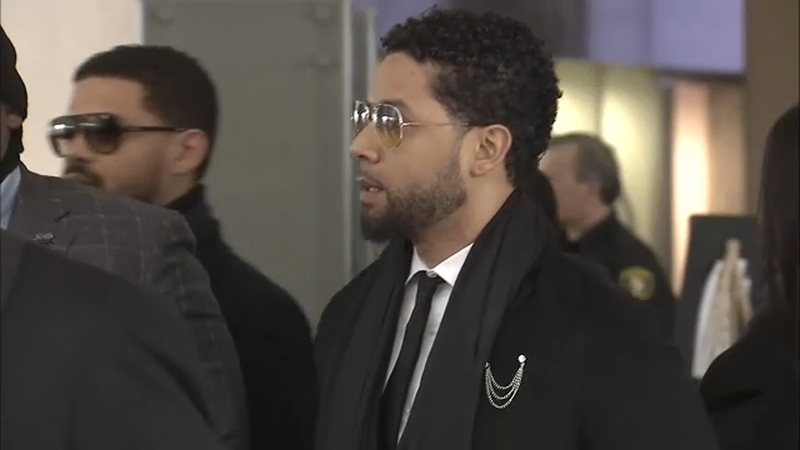 CHICAGO -- Actor Jussie Smollett pleaded not guilty in court Monday to new charges for allegedly lying about an attack in Chicago last year.

"Empire" actor and R&B singer Jussie Smollett told Chicago police in January that two men physically attacked him and yelled racial and homophobic slurs. There have been dozens of twists and turns since then.

The "Empire" actor told police he was targeted in a racist and homophobic attack. After an investigation, police determined Smollett staged the attack and hired two brothers to help pull it off.

Police said Smollett staged the attack on himself because he was unhappy with his "Empire" salary.

Special Prosecutor Dan Web was then appointed in August to look into the case, and the way it was handled by Foxx. A grand jury recently returned a new six-count indictment

Smollett's attorneys said they are worried about double jeopardy and plan to make an appeal to the Illinois Supreme Court.

In addition to the indictment, the city of Chicago has filed a lawsuit against Smollett to recoup $130,000 spent on the investigation. Smollett has filed a counterclaim that accused the city and CPD of ignoring key evidence that proved Jussie Smollett's claim of an attack.