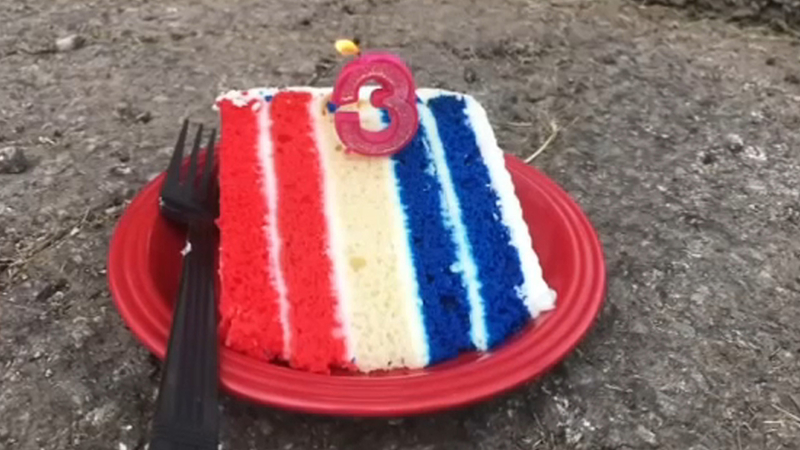 KANSAS CITY, Mo. -- A Kansas City man was so fed up with a pothole on his street, he decided to throw it a party.

Frank Sereno says he called the city several times and decided it was time to try something new to get its attention.

That's when he chose to throw a birthday party to celebrate three months of living with the pothole.

"I got some cake, lit a candle and had a little birthday party for pothole. He seemed thrilled with the whole idea," Sereno said jokingly. "I didn't sing to him. I thought about it, it was a little bit warm so, I just got some cake."

Sereno posted pictures of the birthday cake on Facebook, much to the amusement of his neighbors.