If convicted, Kenyatta Johnson and his wife face up to 40 years in prison.
WPVI
By Jaclyn Lee 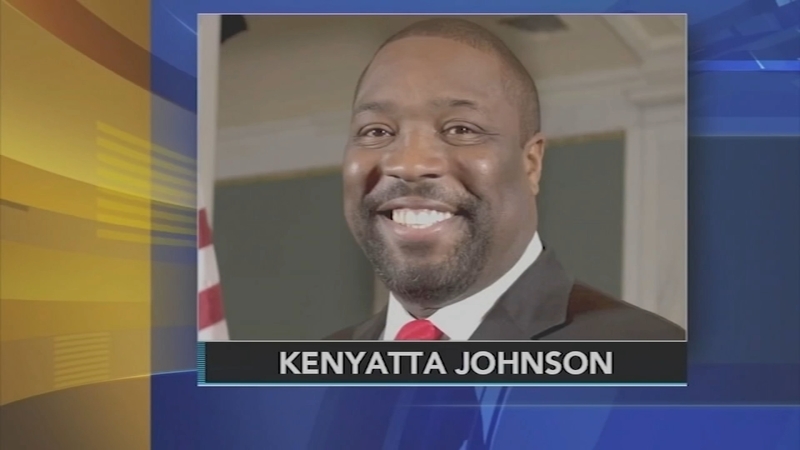 PHILADELPHIA (WPVI) -- A jury deliberating the fate of a Philadelphia councilman and his wife told a judge on Monday afternoon that they are having a hard time reaching a verdict.

A jury of nine men and three women began deliberating Wednesday in the trial of Philadelphia City Councilmember Kenyatta Johnson and his wife, Dawn Chavous.

Around 3:50 p.m. Monday, the judge dismissed the jury but said they must return in the morning when the judge will give them more instruction to come to a conclusion.

Federal prosecutors allege Johnson, a three-term council member, and his wife were offered $66,000 in bribes disguised as consulting work for Universal Companies.

In return, Johnson allegedly used his position on City Council to introduce and vote on spot zoning legislation which, ultimately, financially benefitted Universal Companies, which owned property in Johnson's district.

The jury must weigh whether the defendant knowingly devised a scheme or was willing to participate in a plan to defraud residents.

Prosecutors say as a consultant, Chavous did very little work and once she received her consulting fees, she transferred the money to her and Johnson's personal bank accounts.

After court, Johnson and Chavous did not make any comment. They both maintain their innocence.

If convicted, they are facing up to 40 years behind bars.