WEST OAK LANE (WPVI) -- Police say a second teen has been arrested in the slaying of an incoming freshman scheduled to compete in track and field for Penn State.

Sixteen-year-old Taron Small was arrested Wednesday on the 2500 block of Carlisle. The other suspect, 15-year-old Byron Vinson, was taken into custody earlier in the day.

Both are charged with murder in the shooting death of 18-year-old Kristian Marche in West Oak Lane.

Police say it started with an attempted break-in of the Marche home on the 1800 block of East Pastorius Street around 9:40 p.m. on August 13. Police say Marche confronted the would-be robbers. Later, when he left his house, they were waiting for him in the driveway.

"Kristian Marche went outside and confronted the offenders. A short time later, Kristian Marche is observed entering the driveway with Vinson and Small,when Small produces a weapon, shooting Marche in the back of the head," said Philadelphia Police Lt. Norman Davenport. "There was not a struggle, not a fight. This was clearly a case of murder."

Davenport says there was "some acquaintance" between Marche and the offenders but the nature of the relationship is unclear.

When police arrived to the shooting scene, they found Marche in a rear driveway suffering from one gunshot wound to the head.

The teen was taken to Einstein Medical Center in critical condition; he succumbed to his injuries a day later.

Marche was beloved in the track and field community, considered one of the fastest sprinters in the state, and had earned a partial scholarship to Penn State.

He was a recent graduate of Imhotep Institute Charter High School where, in addition to the track team, he excelled as a member of the football team. 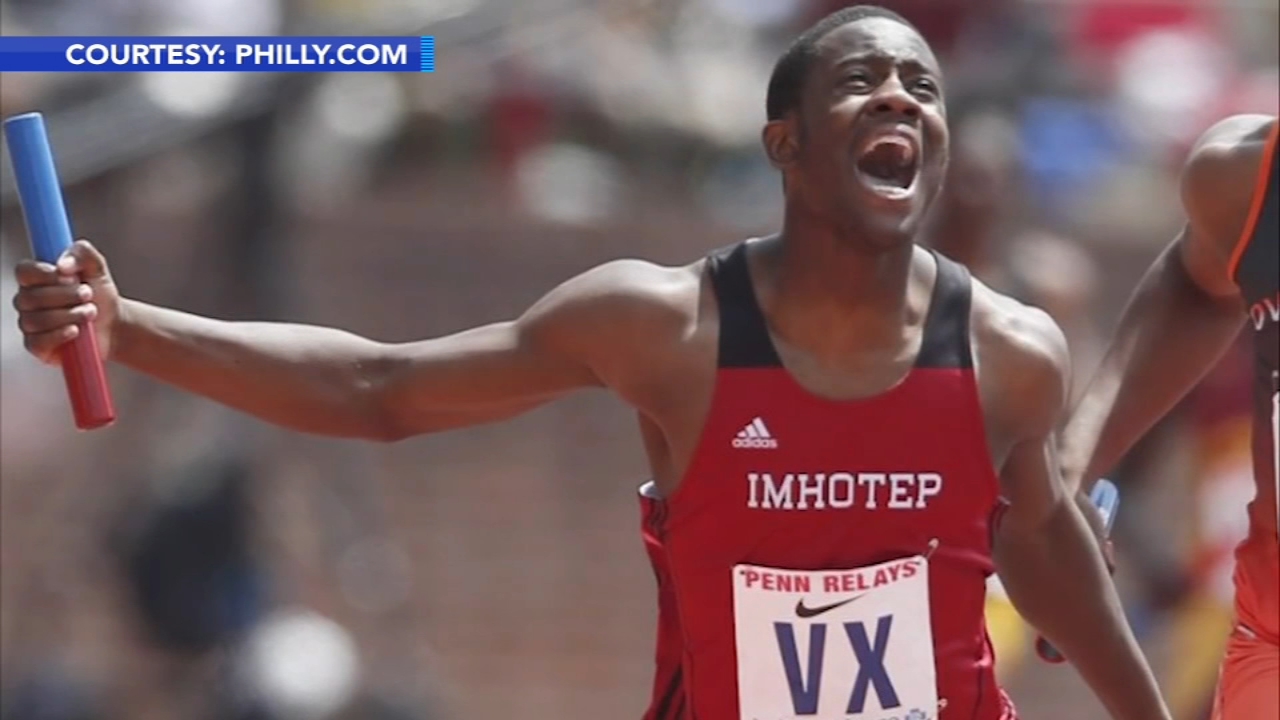