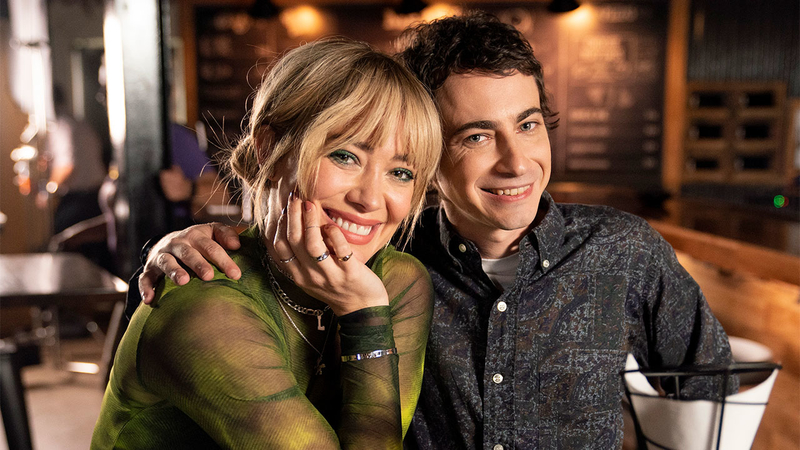 What to expect on Disney+

BURBANK, Calif. -- The pieces for the upcoming "Lizzie McGuire" series on Disney+ are coming together: Adam Lamberg, who played Lizzie's best friend David "Gordo" Gordon in the original Disney Channel series, has signed on for the new series.

Disney announced Wednesday that Lamberg will have a recurring role on the new series, which is already in production.

"Gordo was an essential piece of the puzzle to what made the original 'Lizzie McGuire' so authentic and beloved," Hilary Duff, the series' star and executive producer, said in a news release. "I couldn't imagine the series without him. I can't wait for fans to see what he's up to 15 years later and how he fits into Lizzie's adult world."

Disney announced last month that Hallie Todd, Robert Carradine and Jake Thomas will reprise their roles as Jo, Sam and Matt McGuire in the "Lizzie McGuire" series coming to Disney's streaming service. It was previously announced that Hilary Duff had signed on to return as the title character.

Here's how Disney+ describes the new "Lizzie McGuire" series: "The new story picks up as Lizzie McGuire is just about to turn 30. She seemingly has it all - her dream job as an assistant to a fancy New York City decorator, her dream guy and a picturesque Brooklyn apartment - but things aren't always as they seem. With a little help from her friends, her loving family and her 13-year-old alter-ego in animated form, Lizzie navigates the ups and downs of adulthood."

Prior to the series' announcement in August, Duff had repeatedly hinted in interviews that a "Lizzie McGuire" reboot, first reported by Deadline Hollywood, could be in the works. She starred for three years on the Disney Channel sitcom and film, which earned a cult following among millennials, in the early 2000s.

Disney+ launched in the United States on Nov. 12, but release information has not yet been announced for the new "Lizzie McGuire" series. The streamer offers decades of films and series from Disney, Marvel, Pixar, Lucasfilm and National Geographic. It is the exclusive streaming home for Disney films released in 2019 and beyond, like "Frozen 2," "Captain Marvel," "The Lion King," "Star Wars: The Rise of Skywalker" and others.

In addition to the "Lizzie McGuire" series, Disney has also developed a number of original projects for the streaming service, including Lucasfilm series "The Mandalorian," holiday film "Noelle," National Geographic's "The World According To Jeff Goldblum" and a re-imagined version of "Lady and the Tramp."