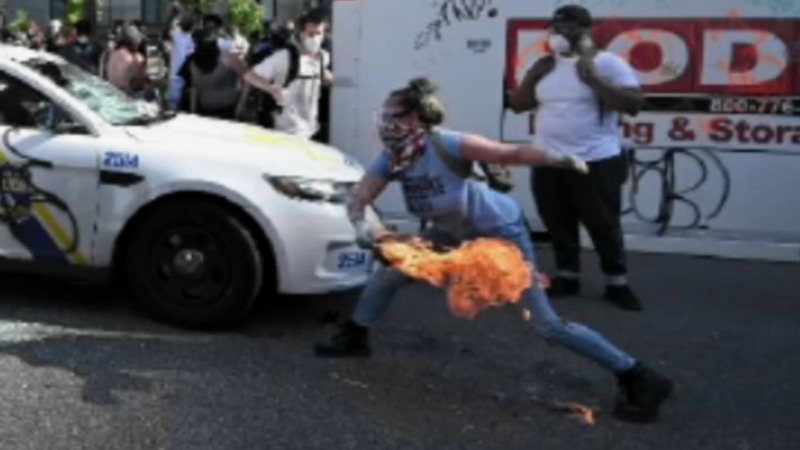 PHILADELPHIA (WPVI) -- A federal judge has ordered a woman held without bail until her trial on charges of having set fire to two police vehicles during civil disorder in Philadelphia following protests last month.

U.S. Magistrate Judge Marilyn Heffley on Friday sided with prosecutors who argued that 33-year-old Lore-Elisabeth Blumenthal was a danger to the community and a potential flight risk.

Authorities used popular websites including Etsy, Poshmark and LinkedIn to identify Blumenthal who has since been charged for the arson of two Philadelphia police vehicles during the unrest that followed peaceful protests on May 30.

According to United States Attorney William M. McSwain, on May 30, two vehicles, one PPD sedan (number 2514) and one PPD SUV (number 1612), were parked on the north side of City Hall. During the violence that began around City Hall following peaceful protests, Blumenthal allegedly set fire to both vehicles. 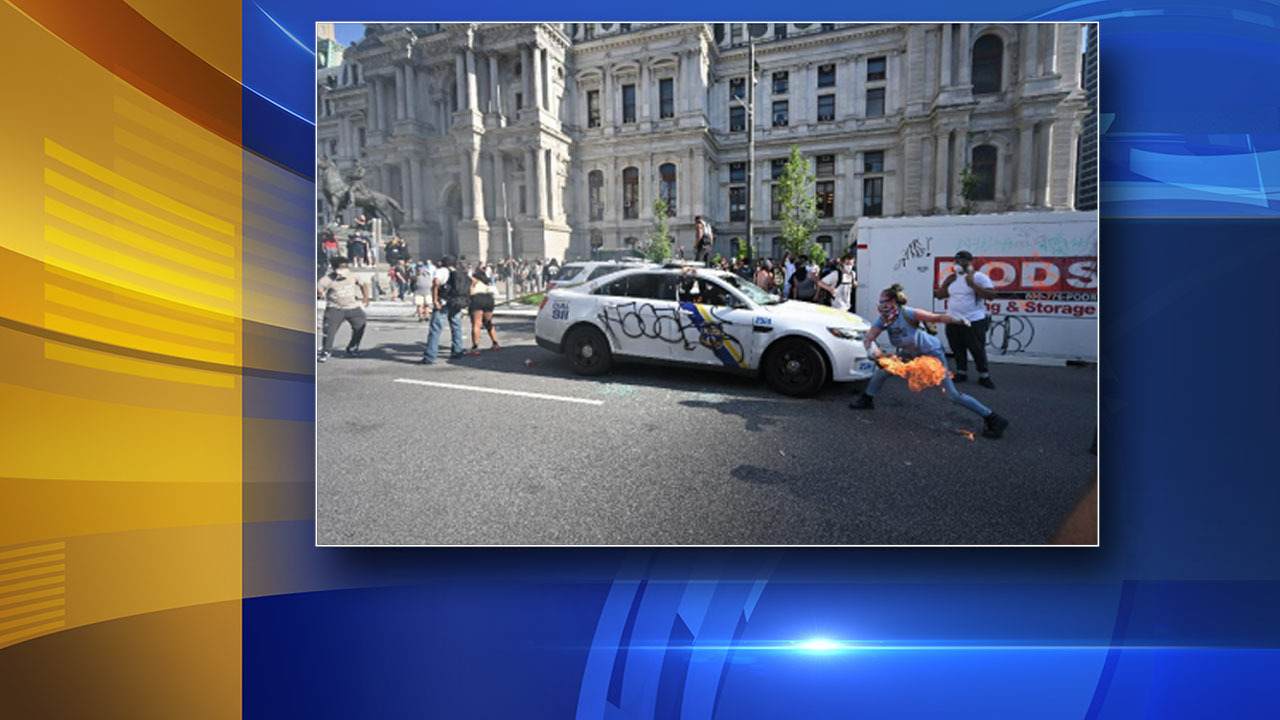 Lore-Elisabeth Blumenthal, 33, of Philadelphia, is charged for the arson of two Philadelphia police vehicles.

According to the complaint, various videos captured her wearing protective goggles and gloves, taking a flaming piece of wooden police barricade from the rear window of the sedan that was already on fire, and then shoving the flaming wood into the SUV that was not on fire.

Within minutes, the SUV was also completely engulfed in flames. As a result of the fires, both PPD vehicles were destroyed, officials said.

At least two police vehicles were set ablaze on Saturday in Philadelphia as hundreds gathered to protest the death of George Floyd.

But the FBI says it was Blumenthal's T-shirt and a forearm tattoo that helped authorities identify her.

In amateur photos given to authorities, she is seen wearing a T-shirt that says, "Keep the immigrants, deport the racists." 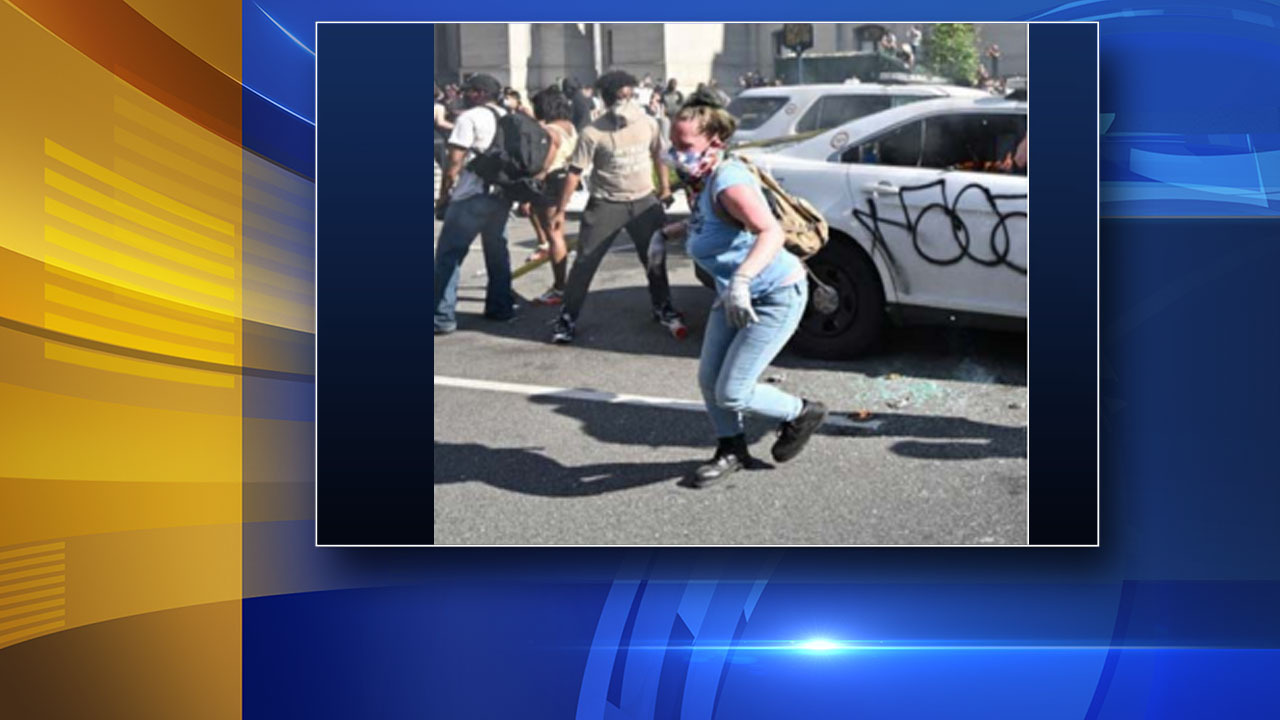 Lore-Elisabeth Blumenthal, 33, of Philadelphia, is charged for the arson of two Philadelphia police vehicles.

They were able to trace the T-shirt back to an Etsy shop, where a review was left by a user that displayed a Philadelphia location.

Investigators say open searches for the username led them to a Poshmark user by the name of lore-elisabeth. Open searches for a Lore Elisabeth in Philadelphia led investigators to a LinkedIn profile for a woman who was employed as a massage therapist.

A woman has been charged for the arson of two police vehicles following peaceful protests on May 30.

The company's website had multiple videos posted, some which included a woman who, investigators say, matched a driver's license photo of Blumenthal.

In several of the videos, which appear to be a few years old, the woman is seen with the same peace sign forearm tattoo as seen in the amateur photos from the May 30 unrest, investigators said.

A phone number was listed on the website and officials were able to confirm her home address.

"We at the U.S. Attorney's Office fully support the First Amendment right of the people to assemble peaceably and to petition their government. But torching a police car has nothing to do with peaceful protest or any legitimate message. It is a violent and despicable act that will be prosecuted in this District to the fullest extent of the law," said U.S. Attorney McSwain. "Anybody who engaged in such acts can stand by to put your hands behind your back and head to federal prison. We are coming for you."