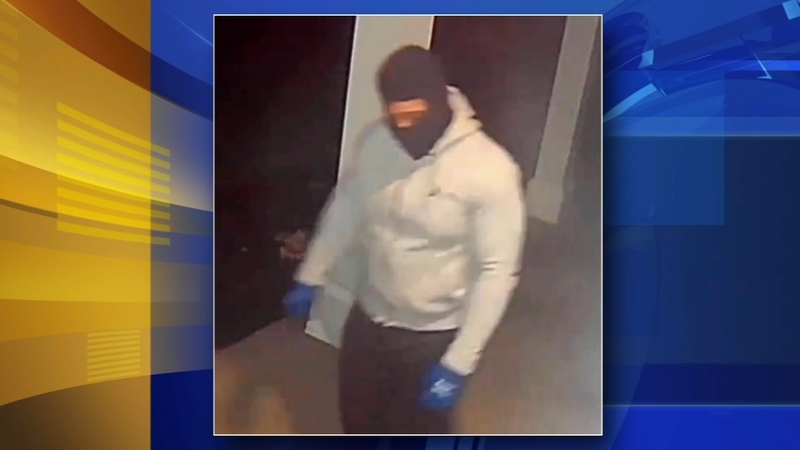 LOWER MAKEFIELD TWP., Pa. (WPVI) -- Police are searching for a thief who uses the cover of darkness to target homes in Lower Makefield Township, Bucks County.

Authorities say the burglar has struck nearly a dozen times since March and leaves hardly any trace.

Police believe the same suspect is responsible for 10 such break-ins. What's so alarming is he's sneaking into homes in the middle of the night while the people are sleeping right upstairs.

A surveillance photo released by police shows the man who investigators believe is the suspect.

"We take any burglary serious but there's an extra element of concern that this is happening when families are sleeping upstairs and people are present in the house," said Det. Sgt. Brian Omlor of Lower Makefield Twp. Police.

Police say the suspect gets in through unlocked windows and occasionally doors. He's in and out without a sound - not even waking family dogs who might be sleeping nearby.

"So, what's been taken so far is wallets, purses, and usually small electronics. Maybe a laptop computer. Generally things people might leave in their dining room or maybe on their kitchen table," Omlor said.

The most recent overnight burglary happened on Amberwood Drive, right down the street from Michael Ditchkofsky's home.

"Wow, I am shocked. Until you came up and told me I had no idea anything like that was going on here," Ditchkofsky said.

But other Lower Makefield residents are well aware after break-ins on their block. They've even taken steps to try to keep their homes from becoming this man's next target.

"I think it would go a long way if people just are vigilant. Before they go to bed, check those window locks and door locks making sure things are secured," said Omlor.

The surveillance photo shows the suspect covered from head to toe, making it difficult to come up with a good description. He does appear to have a very athletic build.

Police also want people to report anything and everything out of the ordinary.