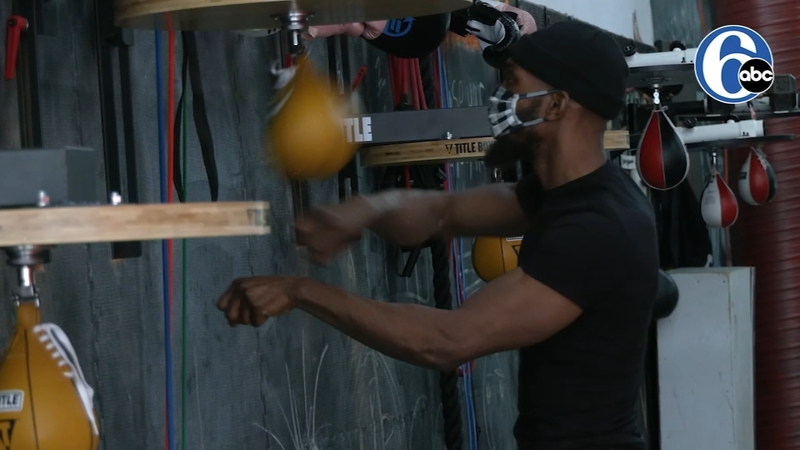 After spending a decade behind bars and losing three brothers to gun violence, Jackson's determination has led him to direct inner-city children into the boxing ring.

"Prison is where I really set myself down and figured out what I really wanted to do with my life," said Jackson.

The 34-year-old is the owner of Maleek Jackson Fitness Boxing Gym in the city's Northern Liberties section.

Their mission is to bring passion and energy to everyone inside and provide a community-friendly environment that allows members of all ages a place to train and work out.

Jackson and his team decided to launch a free boxing program during the gym's 4 p.m. hour Monday through Saturday called the "Azzim Dukes Youth Program," named after his brother. The program aims to reach inner-city kids from single-parent homes or with incarcerated parents to teach them the life principles of boxing.

"As far as the Azzim Dukes program, it's named after my little brother who lost his life at 17. He got murdered in the streets of South Philadelphia," said Jackson. "It's something that I always wanted to do. It wasn't until I recently attended a Janazah (Islamic funeral) of a young kid who was 21."

Jackson adds the 21-year-old was a former trainee who attended a program at his former gym's location.

In an attempt to redirect the actions of his former trainee, Maleek says that is when he discovered the worst news from a post on social media.

"I get on social media one day last week, and I see his obituary. It's those realities when you're in a position to help or to better a community, I think you should do it," he said.

Jackson believes through the discipline that boxing teaches, the program can be a huge life adjustment for youth growing up surrounded by environmental peer pressure.

"The main thing that boxing does for anybody, is it allows you to not be controlled by your ego," said Jackson. "And when you learn to control your ego, a lot of the stuff that's happening in the inner-cities of Philly, all the violence, all the shootings, all that is tied into a person's ego."

Jackson says that boxing cleans up a person's character and addresses all the social ills that youth faces daily. His overall hope for the program is redirection.

"What we hope that will come out of this program is that kids will be redirected in the way that they think, the way that they use their energy, and the way that they applicate their time," he added.
Report a correction or typo
Related topics:
community & eventsnorthern liberties (philadelphia)philadelphiastop the violencesocietygun violenceinstagram storiescrime preventioncommunity
Copyright © 2022 WPVI-TV. All Rights Reserved.
TOP STORIES
Uvalde school shooting: What we know about 19 kids, 2 teachers killed
TX school shooting leaves at least 19 children, 2 adults dead
Officer in Walter Wallace shooting killed in Philly motorcycle crash
Suspect in stabbing at Coatesville High School surrenders to police
Kelly Ripa, Ryan Seacrest react to Texas school shooting
Mindful Moments with Thai Mama, a podcast to help with stress, trauma
NJ man, puppy recovering after vicious attack by neighbor's dog
Show More
36 shots fired, man walking dog killed in Port Richmond
Bar announces changes after fatal punch in Center City
Watch Steve Kerr's raw, emotional plea after Texas shooting
Matthew McConaughey: 'We must do better' after massacre in hometown
How to talk to kids about Texas school shooting
More TOP STORIES News