Police said they received several reports that a man wearing a windbreaker and jeans and carrying a large book back was seen setting numerous fires in the area of Broad Street and Norris Avenue around 8:30 a.m.

#BREAKING: Man set one of several fires throughout North Philadelphia this morning. Hit warehouse, vacant house and car. No injuries. He is in custody. More details to follow @6abc pic.twitter.com/NDdbIrK2ea

Chopper 6 was over the fire scenes Wednesday morning as police investigated.

Chopper 6 was over multiple fire scenes in North Philadelphia on Wednesday morning.

Fire crews responded to a vacant house fire on the 1500 block of West York Street.

Officials said a second call later came in for a fire at a vacant warehouse on the 2600 block of North Broad Street.

There was also another call for a car fire that police said was tied to the same person.

Police arrested a man fitting the description of the suspect at 69th Street Station in Upper Darby. Officers said they recovered a book bag. 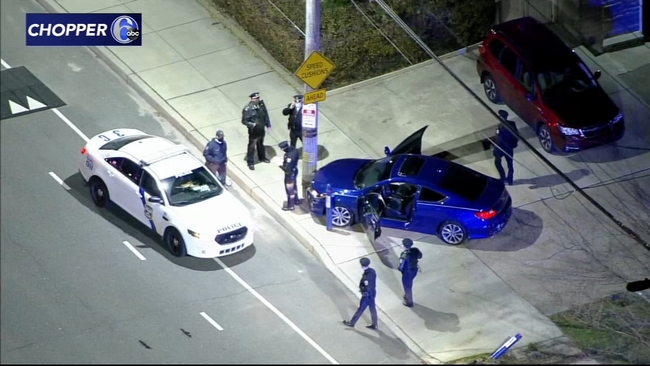