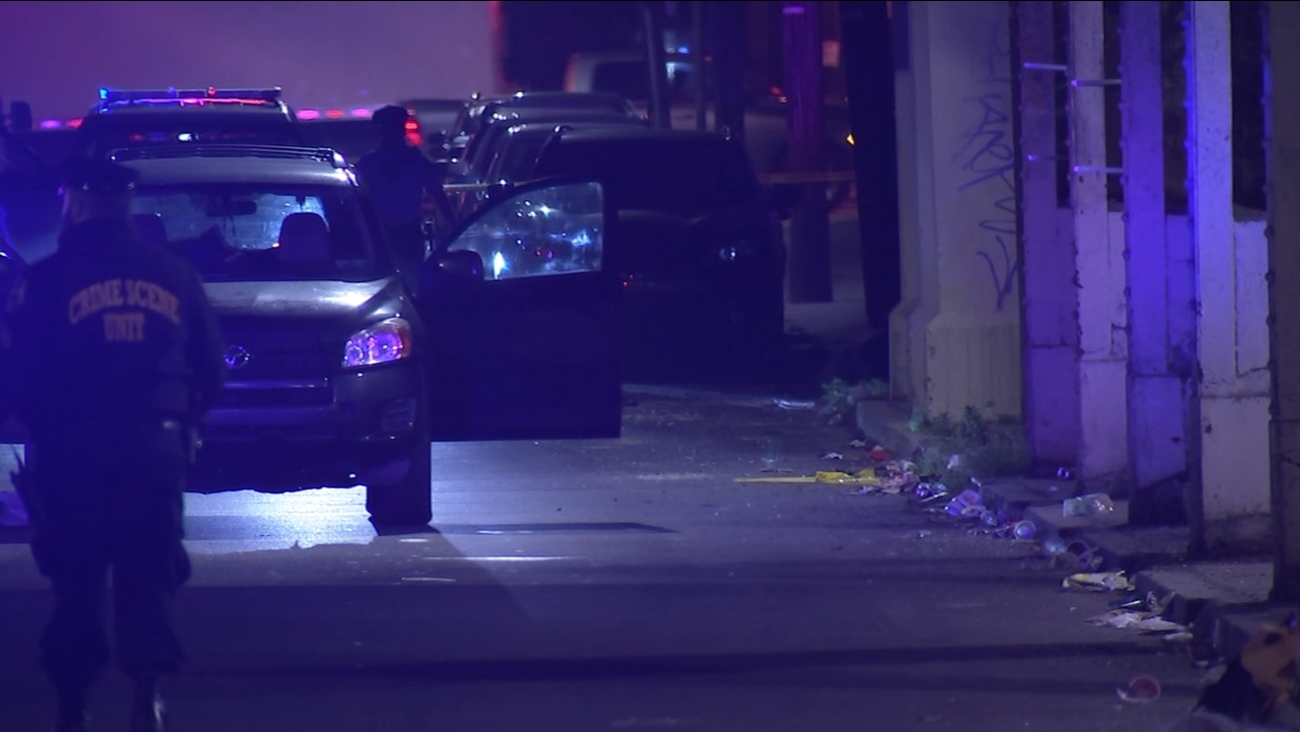 A man shot and killed a burglar who was stealing DJ equipment from a trailer, police said.

PHILADELPHIA (WPVI) -- Police are interviewing a man who shot and killed an alleged burglar accused of breaking into his trailer to steal DJ equipment Wednesday.

The shooting happened around 4 a.m. at the intersection of E. Somerset and Edgemont streets in the Port Richmond section of Philadelphia, police said.

Police first arrived at a second scene on Thompson Street about two blocks away. That's where they found a 39-year-old man, who is accused of the burglary, dead on the ground next to an SUV that contained some of the stolen goods.

Investigators said the SUV belonged to the man's girlfriend, who was helping him steal the DJ equipment from the trailer.

The accused burglar suffered gunshots to the shoulder and back, according to police.

Investigators said the man who owns the equipment trailer was alerted by noises outside.

The injured burglary suspect made it to Thompson Street where he was pronounced dead, according to police.

Police said the girlfriend is cooperating with the investigation as they review surveillance video and determine possible charges.

"It's very unfortunate that it happened," said Michelle Simone, owner of the nearby Hinge Café.

Simone said people are becoming wary of burglaries and thefts in the area.