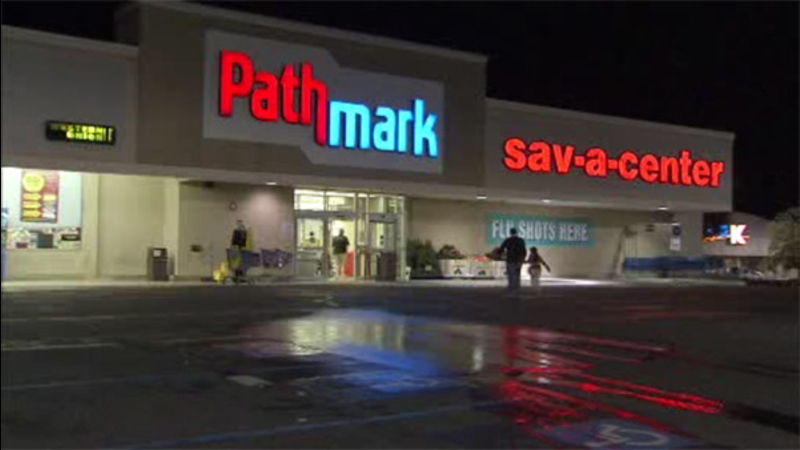 TORRESDALE (WPVI) -- A verbal dispute broke out in Philadelphia's Torresdale section, and left one man in critical condition.

It happened around 5:40pm Sunday night in the Pathmark parking lot on the 8700 block of Frankford Avenue.

Police say a dispute between two males took a turn for the worst when a 37-year-old male threatened a 38-year-old male with a knife.

After seeing the weapon the 38-year-old asked the 37-year-old to drop the knife numerous times but his requests would go unanswered.

According to police the 38-year-old shot the 37-year-old after he allegedly charged at him with a knife.

The 37-year-old suffered a gunshot wound to the groin. He was transported to Aria Torresdale Hospital in critical condition.

Investigators found a 13 inch serrated hunting knife at the scene. Charges are pending on the man with the knife.

The shooter did have a concealed to carry license.