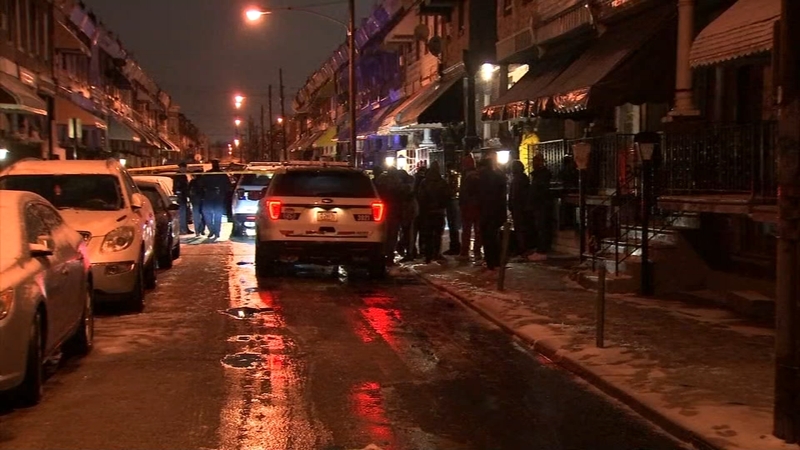 PHILADELPHIA (WPVI) -- A 60-year-old man was shot and killed Saturday night in a home in North Philadelphia, police said.

Police said the shooting happened at about 6:20 p.m. in the 3000 block of Bambrey Street.

The man was shot multiples times in the chest and was pronounced dead at the scene, police said.

Lawanna Rawls says her brother was a victim of a robbery gone wrong.

"My brother John Rawls was a good man," she said. "Whoever it was kicked the door in and tried to rob him but my brother don't give nothing up he fought back. I think he fought back."

She said Rawls had lived in the neighborhood for about five years.

NEW: Sister of victim tells @6abc her brother, John was the victim of a robbery gone bad.

“Whoever you are that killed him, I hope God finds you,” she said. pic.twitter.com/ZC9ddEjTSy

Police said a weapon was recovered, but no arrests have been made.