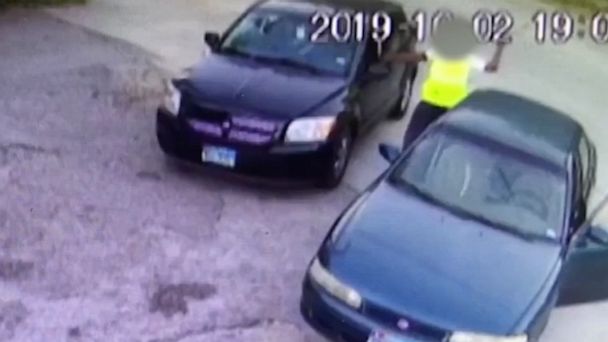 Surveillance footage has captured the moment a man unleashed a brutal tire iron attack on another motorist after a car accident in a liquor store parking lot in Houston, Texas.

Video shows two men, who were inside the liquor store together before the incident unfolded, getting into their vehicles, and reversing out of their parking spaces at the same time.

The victim, who did not wish to be identified, told Houston ABC station KTRK that he didn't see the other driver and accidentally collided with the other car's bumper. In the video, the victim is then seen driving back into the parking lot as the suspect does the same.

Seconds later, the suspect is seen getting out of his car and smashing two of the victim's windows, before appearing to lean into the driver's side window and attempting to hit the driver.

"All it took was the lightest of brushes with the car. Literally that's all it took," the victim said. "I know that if he did that to me, he is going to do that again someday to someone else."