Sisters become first to both attain rank of general in U.S. Army 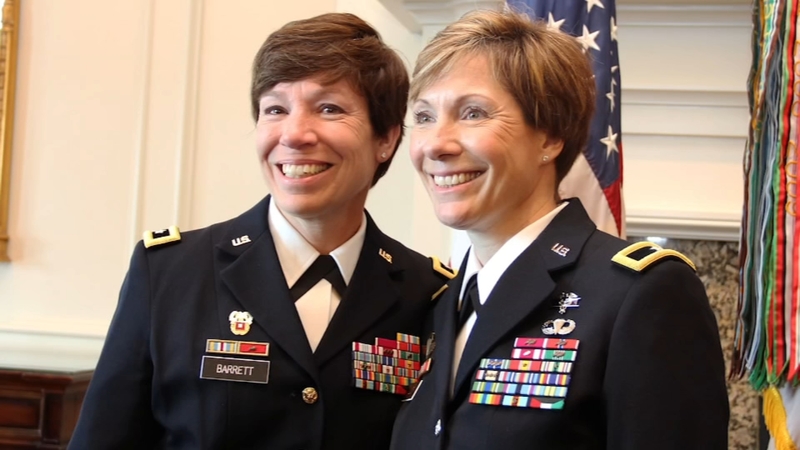 A pair of sisters made military history by both attaining the rank of general within the U.S. Army.

Maj. Gen. Maria Lodi Barrett and her younger sister Brig. Gen. Paula Lodi are the first sisters in the 244 years of the Army to both achieve general rank.

The feat happened July 12, when Lodi was promoted to brigadier general.

Barrett is a two-star general and the commanding general of NETCOM. Lodi is the deputy chief of staff for operations at the Office of the Surgeon General.

Acting Secretary of the Army Ryan D. McCarthy said the sisters "represent the best America has to offer."

"I can only imagine the pride their family must feel having two distinguished leaders inspiring countless individuals to achieve their full potential based on their own merit," he said. "This is a proud moment for their families and for the Army."

In July, Barrett presented Lodi with her one-star rank insignia as a tribute to the history of women serving in the Army.