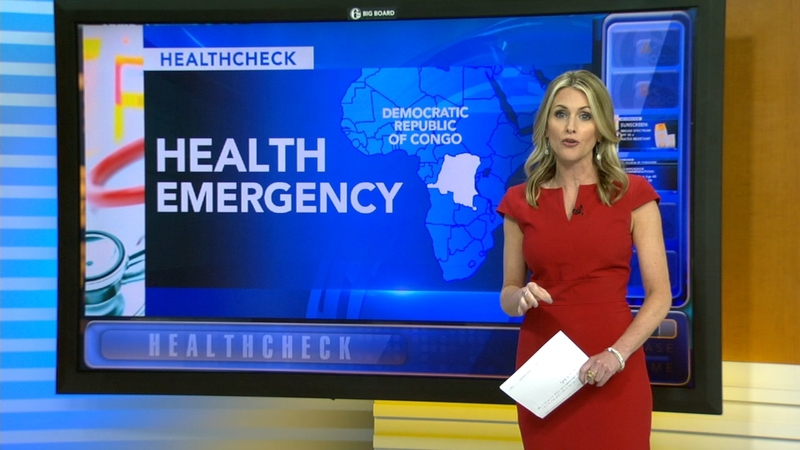 The Democratic Republic of Congo is facing another epidemic.

As they continue to battle an Ebola outbreak, they're also facing an outbreak of measles.

Officials there report 15-hundred people have died due to the virus this year.

Millions of kids there have been vaccinated but experts say many more need to get that protection in order to stop this outbreak.

According to the Centers for Disease Control and Prevention, measles is so contagious that if one person has it, up to 90% of the people close to that person who are not immune will also become infected.

That dangerous spread is the issue in the DRC as well.

They're reporting 87-thousand suspected cases, and it's proving to be deadlier there, in part because it's been difficult to contain and young children are being exposed.

The children are more likely to suffer complications.

Doctors Without Borders has been helping vaccinate kids, however they are calling for more supplies.

Rebel attacks in the country and remote roads also make it difficult to respond to an outbreak quickly.

Meantime, a child in Uganda has tested positive for Ebola in the first cross-border case of the deadly virus since the Congo outbreak began.

The 5-year-old Congolese boy has been isolated with family members at a hospital in a western district near the Congo border, Uganda's Health Minister told reporters.

Congo's health ministry, however, in a separate statement said the boy, from Mabalako, arrived on Monday at Congo's Kasindi border post.

There, a dozen family members appeared to have symptoms and were transferred to an isolation center at the local hospital for observation.

Six family members then broke away while being transferred to an Ebola treatment center in Beni and crossed into Uganda while Congolese border officials alerted their Ugandan colleagues, Congo's health ministry said.

Uganda officials found the family members at the Kagando hospital, where the boy's Ebola case was confirmed.

Officials from the two countries will meet on Wednesday about the possibility of sending the family back to Beni in Congo for treatment, the health ministry said.

There have been more than 2,000 confirmed and probable cases of the Ebola virus in Congo since August, with nearly 1,400 deaths.

The disease is spread mainly through contact with the bodily fluids of those infected.

The announcement puts new pressure on the World Health Organization to declare the Ebola outbreak -- the second-deadliest in history -- a global health emergency.