The map created by the ABC Owned and Operated Stations will allow you to see the vaccination rate at your school. Health experts say the critical number is a 95% vaccination rate. That creates what's called "herd immunity" or herd protection which helps stop measles from spreading and protect those unable to get vaccines. Action News found many local schools well below that critical number.

That's because some children like 5-year-old Bailey Lynn can't get vaccinated. She was born with a spinal defect. She can't walk. She can't sit but her mother, Nicki Chintala, says she doesn't allow her disability to hold her down. 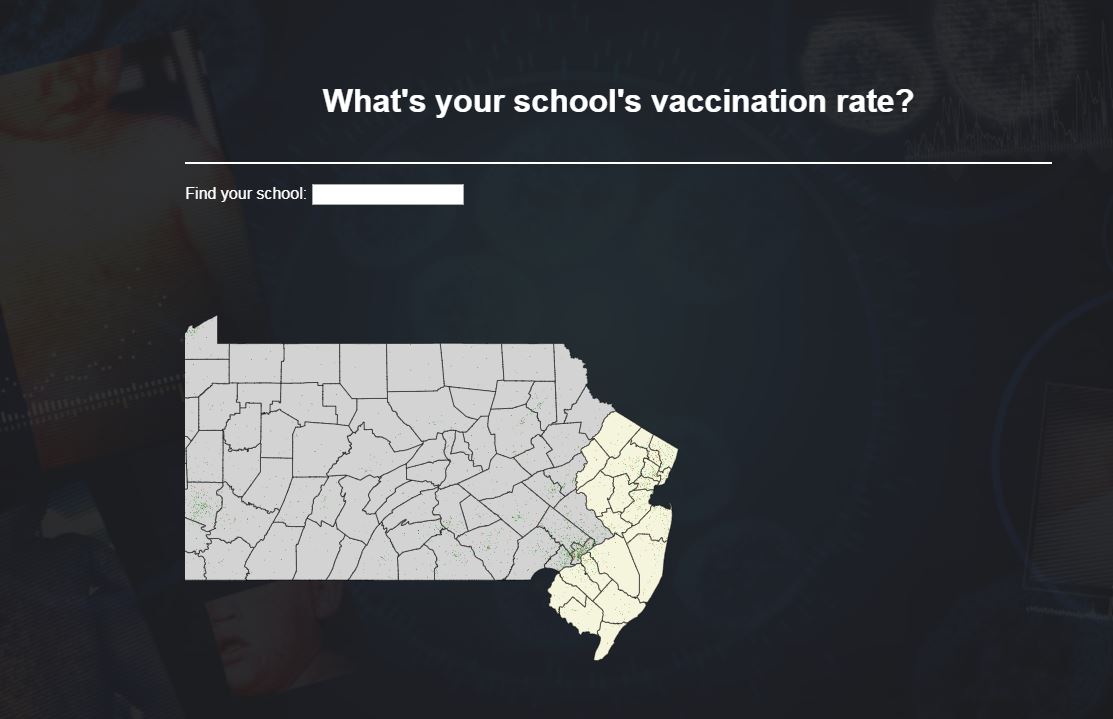 "She's happy. She's had a lot of issues, a lot of surgeries. But she's happy. And she likes school," said Chintala.

And next year, Bailey Lynn will go to kindergarten.

Due to her many medical issues, her immune system is compromised. She can't get the measles vaccine, putting her at risk. And that has mom concerned.

"Her choice has been taken away and I don't think it's fair for other people to say my body my choice, she doesn't have it," Chintala says.
There are no US Federal vaccination laws. Pennsylvania, New Jersey and Delaware allow exemptions for medical and religious reasons. Pennsylvania also allows philosophical exemptions.

Statewide, all three states are above or near the 95% threshold health experts cite for herd protection, but Action News found 33 percent of schools are below that figure in New Jersey.

In Pennsylvania, 13% are below the threshold.

Dr. Kristin Feemster is the director of the Immunization Program at the Philadelphia Health Department.

"If you're at a school and your immunization rate is let's say 80%, as a parent, should you be concerned? Yeah, absolutely," said Feemster

Long Island Mother, Cathy Orofino, doesn't want the government telling her what goes into the bodies of her three boys. New York has been hit hardest by the measles outbreak and recently banned students who have not been vaccinated due to religious reasons.
"I just believe that they are born with a God-given immune system. I believe that it is sacred and not interfered with by man."

Orofino may soon have to make a tough decision: home school her kids or get them vaccinated.

Both New Jersey and Pennsylvania lawmakers have considered similar legislation.

"Homeschooling was something we talked about and it still might be an option if it comes down to it.

When the measles outbreak happened, all I kept thinking about is "Oh my God, if she catches it, her survival rate is low."