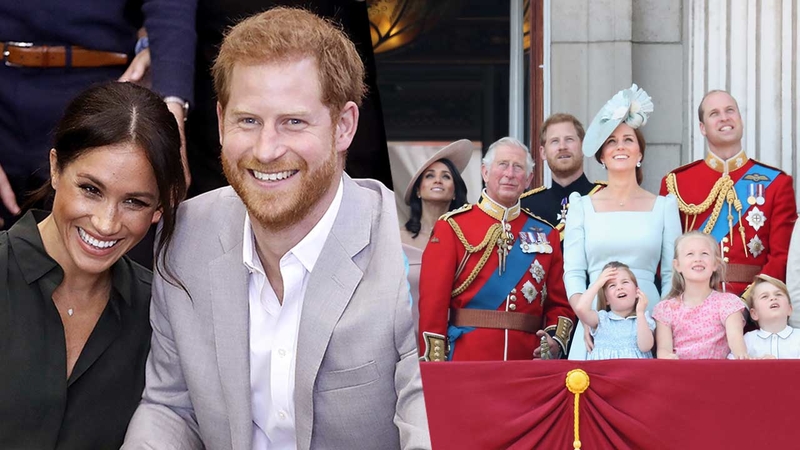 The royal family just keeps getting bigger: Meghan Markle and Prince Harry, Duchess and Duke of Sussex, have welcomed their first child, a baby boy they named Archie. The child is seventh in the line of succession to the throne, right behind his dad Harry.


WHO IS NEXT IN LINE?

HOW IS THE LINE DECIDED?

The line of succession is determined by descent and also by Parliamentary statute, according to the royal family's website. This was decided by the Act of Settlement of 1701, which states that those in line to the throne must be protestant descendants of Princess Sophia. It was decided in the 2013 Succession to the Crown Act that those who marry Roman Catholics are no longer disqualified from the line.

HOW DOES GENDER PLAY A ROLE?

Though Anne, The Princess Royal, is Queen Elizabeth II's second-eldest child, she is 12th in line to the throne, behind her brothers and all their descendants. This is because the Act of Settlement of 1701 included a system of male primogeniture, which meant that younger brothers would jump in front of their older sisters in line.

This rule does not apply to the newest generation, however, thanks to the 2013 Succession to the Crown Act. It states that, for any royals born after Oct. 28, 2011, the succession will be decided by birth order, regardless of gender. Since Charlotte was born after this date, she will stay fourth in line even though she now has a younger brother.

WHAT EFFECT DID THE ROYAL WEDDINGS HAVE?

As you probably noticed, Kate, Duchess of Cambridge is not in line for the throne, even though her husband Prince William is second in line. Royal weddings do not immediately affect the line of succession because spouses are not descendants of Princess Sophia.

Meghan and Harry: Any children will be right after Harry in the line, in the order of their births. They will all be ahead of Prince Andrew.

Eugenie and Jack: Any children will be right after Eugenie in line, in the order of their births. They will be ahead of Prince Edward.

WHAT EFFECT DID THE ROYAL BIRTHS HAVE?

William and Kate's child: Prince Louis is in line behind Prince George and Princess Charlotte, making him fifth. This has bumped everyone down one spot, making Prince Harry sixth.