Barack Obama's loving birthday message to Michelle: 'You are my star' 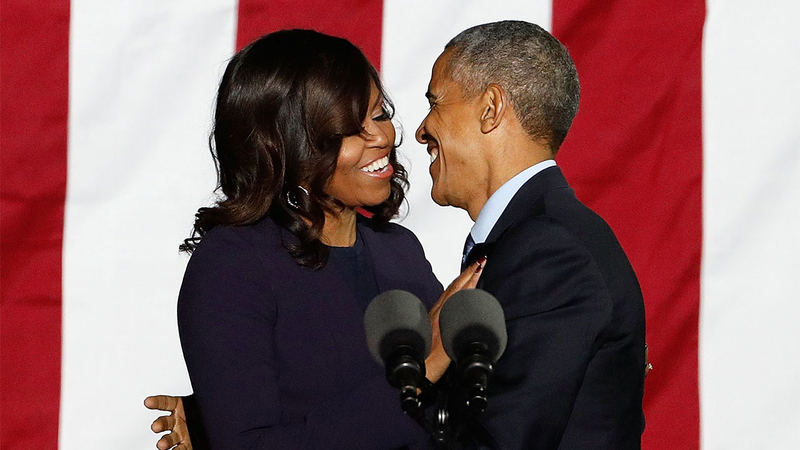 Michelle Obama is the 'most admired woman', poll finds

Former first lady Michelle Obama felt the love Friday for her birthday thanks in no small part to a loving birthday wish from her husband, former President Barack Obama.

"In every scene, you are my star, @MichelleObama! Happy birthday, baby!" the former president wrote in a tweet. He accompanied the message with four black-and-white photo booth-style shots of the couple hugging and kissing.

In every scene, you are my star, @MichelleObama! Happy birthday, baby! pic.twitter.com/hgMBhHasBj

Within a matter of hours, Obama's tweet had earned more than 1 million likes and 150,000 retweets.

Obama's birthday comes just weeks after she was named the "most admired woman" in the world for the second year in a row in a Gallup poll.

The former first lady, a mom of two, is also gearing up for the Grammy Awards later this month. She is nominated in the best spoken word category for the audio version of her best-selling memoir, "Becoming."