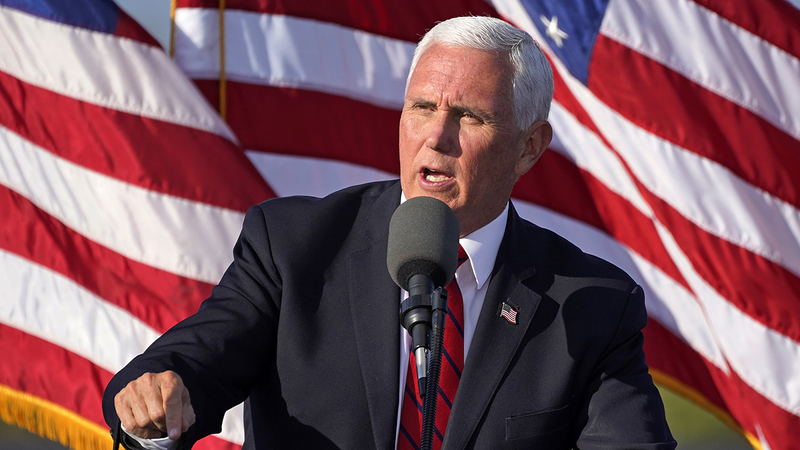 There are concerns that more people within Pence's inner circle will test positive in the coming days, a source said. "They're scared," the source said of staffers in the vice president's office.


Vice President Mike Pence and second lady Karen Pence each tested negative for coronavirus on Sunday, a White House official said. Despite contact with multiple people who recently tested positive, Mike Pence is refusing to quarantine in defiance of the US Centers for Disease Control and Prevention guidelines.

Pence's office announced Saturday evening that Short had been diagnosed with Covid-19. Sources told CNN that Obst, who is a senior political adviser to Pence but is not a government employee, and at least three staffers in Pence's office have also tested positive for the virus.

Bauer, one of the staffers who tested positive, according to two sources familiar with the matter, is Pence's "body man," meaning his job is to accompany Pence throughout the day and night helping him with a wide range of duties, putting him in close proximity to the vice president. A source familiar with the matter told CNN that Bauer has not been in the office since Tuesday, when he went home to quarantine after coming into contact with Obst. Bauer tested positive Saturday.

Besides announcing the positive test for Short, the vice president's office would not comment on the identities of the Pence aides who tested positive for the virus in recent days or confirm the number of aides. The New York Times was the first to report on the Pence aides.

During an interview on CNN's "State of the Union," White House Chief of Staff Mark Meadows refused to disclose the extent of the Covid-19 outbreak in Pence's orbit, and he said Pence will be wearing a mask and social distancing when he resumes campaign travel Sunday despite his direct exposure to the virus.

"Sharing personal information is not something that we should do," Meadows told CNN's Jake Tapper. Meadows said such disclosures are only appropriate in the case of President Donald Trump, the vice president or those in their inner circle.

Coronavirus cases are high or rising in 33 states, Guam and Puerto Rico.

"Anytime there's someone in harm's way, we have an obligation to let people know for contract-tracing," Meadows said.

Pence -- who is the head of the White House's coronavirus task force -- plans to continue traveling and campaigning every day in the final stretch to Election Day, an official told CNN.

After North Carolina later on Sunday, Pence is going to Minnesota on Monday and back to North and South Carolina on Tuesday. He's also expected to return to the upper Midwest this week. The official said Pence would continue to be tested but, like Trump, still plans to be on the road every day for the next week.


The developments raise new questions about safety protocols and transparency within the White House as the pandemic has killed at least 225,000 Americans.

The news comes just over a week before Election Day amid a blitz of campaign stops for Pence, who leads the White House coronavirus task force, including the vice president's trips to Florida, Indiana, Ohio, Pennsylvania and New Hampshire in the last week.

Pence, who is known to rarely wear a mask while flying on Air Force Two, traveled on Saturday to Florida for campaign rallies in Lakeland and Tallahassee. The vice president walked across the tarmac from Marine Two in a mask and boarded Air Force Two about an hour behind schedule.

Pence emerged maskless from Air Force Two in Florida, running down the steps and jogging across the tarmac, fist pumping as he approached the podium. The vice president's office released the statement on Short moments after Pence landed back at Andrews Air Force Base.

The statement continued, "While Vice President Pence is considered a close contact with Mr. Short, in consultation with the White House Medical Unit, the Vice President will maintain his schedule in accordance with the CDC guidelines for essential personnel."

As Trump returned to Washington shortly after midnight from campaign appearances in Ohio, he said he had heard about Short's diagnosis.

"He's going to be fine. But he's quarantining," Trump said.

On Saturday, a source familiar with the matter told CNN that Obst tested positive for coronavirus earlier this week. Despite Obst recently traveling with Pence, the White House did not disclose or confirm the information about his positive test several days ago, two sources familiar with the situation told CNN.

Meadows and the vice president's office were attempting to keep news of a new illness quiet, a source told CNN. The source described Pence's and Meadows's behavior as a "coverup" for trying to conceal the news from the public.

Short has been seen on the campaign trail actively eschewing the use of masks for months, including earlier this week traveling aboard Air Force Two. Neither Pence nor Short wore a mask on Pence's trip on Thursday and Friday.


As chief of staff to Pence, Short has been a key aide involved with the US coronavirus response. He has been reported to have advocated for an economy-first approach to the pandemic.

Short was a driving force against following the advice of the nation's leading infectious disease expert, Dr. Anthony Fauci, on the pandemic, a source familiar with discussions inside the coronavirus task force told CNN. Short would routinely push back on Fauci during task force meetings, believing the doctor's concerns about Covid-19 were overblown, the source said. That attitude was prevalent throughout much of the Pence team, according to the source. CNN has reached out to Pence's office for comment.

The CDC has issued guidance that says people should stay home for 14 days after having contact with a person who has Covid-19.

Short's diagnosis comes weeks after President Donald Trump, first lady Melania Trump and several aides and members of White House staff tested positive. Pence, joined by Short, continued an active campaign schedule and did not quarantine, with his physician saying in a statement at the time that he did not need to do so because he was not in close contact with Trump or other individuals who tested positive.

In the aftermath of the White House outbreak and Trump's hospitalization, there have not been significant changes to Trump or Pence campaign events, with little social distancing and few masks. Very few attendees wore masks at Pence's event on Saturday In Lakeland, Florida.

Short's confirmed case also comes as the nation is facing another surge in cases.

The US recorded its highest one-day number of new Covid-19 infections Friday at more than 83,000 -- more than 6,000 higher than the country's previous record set in July.