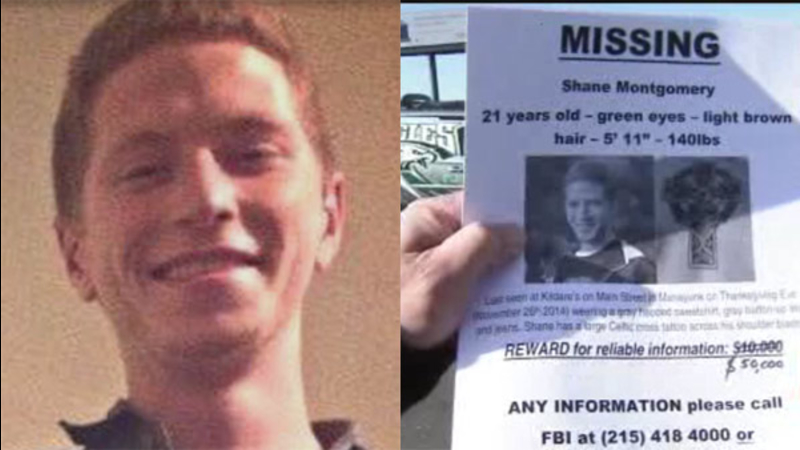 PHILADELPHIA (WPVI) -- The family of Shane Montgomery is hoping that Philadelphia Eagles fans can lend a helping hand in the search for the missing college student.

As tailgaters settled in at Lincoln Financial Field Sunday morning, family and friends of missing Shane Montgomery were on the move distributing missing person flyers.

Many were wearing green ribbons, which is Shane's favorite color.

The reward for information about Shane's disappearance has increased to $50,000.

This comes as a new website launched - HelpFindShaneMontgomery.com. The site features stats, a flyer to download, and law enforcement contacts for tips in a case. 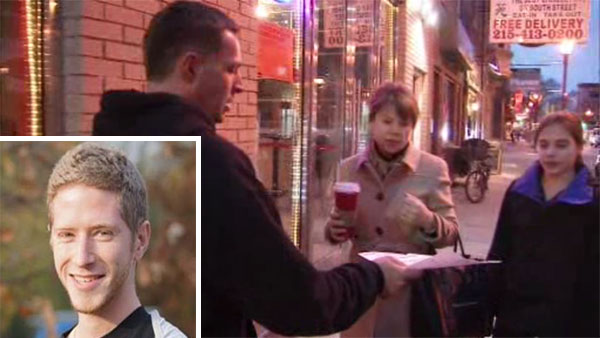 VIDEO: Reward now $50K in search for Shane Montgomery
The reward for information in the disappearance of West Chester University student Shane Montgomery increases to $50,000.

On Friday night, volunteers targeted bar patrons across Philadelphia during happy hour, hoping to find someone who saw something early Thanksgiving morning when Shane went missing.

The 21-year-old was last seen leaving Kildare's Irish Pub on Main Street just after 2:00 a.m. on Thanksgiving after a night out with friends.

Dozens of volunteers hit the streets and posted flyers where young college students hang out - not just in Manayunk - but in bars and lounges in Center City, along South Street and near college campuses.

They are also asking people to check their cell phones if they were out that Wednesday night into Thanksgiving morning.

"If you took any selfies, look in the background, look for a kid who looks like our Shane. See if you have a picture that police can use to use and try and pinpoint a time," said Marianne Whittman, Shane's aunt.

St. John the Baptist Church is headquarters for the search. Volunteers continue to crank out leaflets with the West Chester University student's picture.

Meanwhile, investigators have looked at video surveillance from stores along the commercial strip in Manayunk, but none of them have captured an image of Shane.

The only video he appears in was recorded as he and his two friends were on their way to Kildare's Irish Pub.

So, now the FBI is seeking video from commercial and private cameras from the Schuylkill River to Henry Avenue, and from Green Lane to Lincoln Drive.

"They have been very helpful and very supportive and I don't know what we would do without that kind of support from a lot of people," said Shane's mother, Karen.

Jim Townsend, the Director of Operations of Kildare's, explained Monday that there was no altercation or friction surrounding Shane's departure from the bar and emphasized that he was not acting drunk.

He says Montgomery did accidentally bump into the DJ's equipment, but was polite and respectful and moved on.

According to Townsend, Montgomery then met up with a relative, who is a Kildare's employee, who informed him it was closing time. He says it was 1:50 a.m. when the relative walked Shane to the front door where they were met with security who saw Shane out.

Townsend says, "Other than the front door staff, Shane did not have any interaction with any other management or security staff or cause a disruption as he left the restaurant. He was respectful and left the premises on his own."

Staff reportedly saw Shane turn left out of the door and head south on Main Street.

What happened to Shane after that remains a mystery.

A ping from his cellphone was picked up near the CVS Pharmacy on Main Street, located about an hour after he vanished. But the radius is 4,500 feet.

Townsend says after searching computer records they found a tab for Shane totaling $17. He says this would be the equivalent to three craft beers, and again emphasized that Shane did not appear to be intoxicated when he left the bar.

On Wednesday sources had told Action News that a bouncer at Kildare's claimed to have seen Shane about a half-hour after his last reported sighting at 1:50 a.m.

However, police say they reviewed surveillance video that shows the bouncer talking to another young man at that time, but it was not Shane Montgomery. 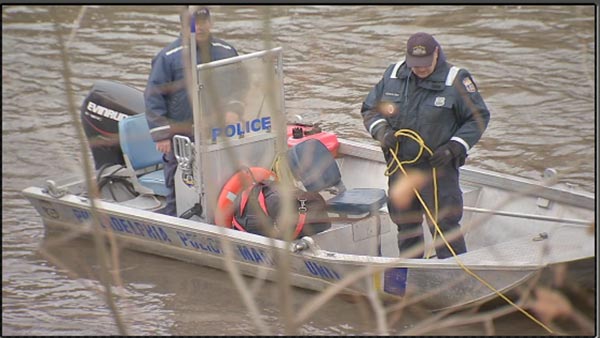 A few hundred people gathered in front of the Sykes Student Union building to pray for him.

"It's heartbreaking and it's hard to go to your classes and be normal but we have a ton of hope," said Sarah Simonds, friend.

"I just want the Montgomerys to know it's not just the students of West Chester supporting them but also the community," said Pam McCardell.

"We miss him, we love him and we will get him back," said Kevin Montgomery, choking back emotion.

"I think it's really a testament to the type of kid Shane was - that the amount of people showed up here tonight," said Karen Montgomery, mother.

The FBI has posted Shane's picture on more than 30 digitized billboards across the Philadelphia region. They have also been re-interviewing family members, friends, and barroom personnel - in some cases lie detector tests have been administered.

Kildare's, meanwhile, says it is cooperating fully with police and the FBI.