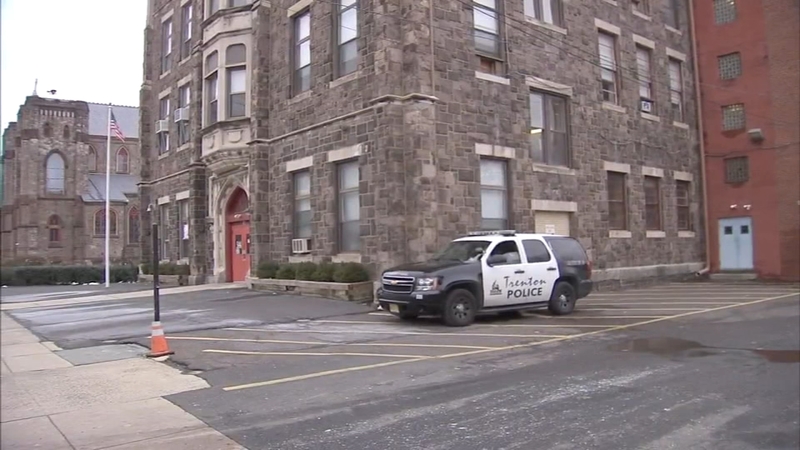 TRENTON, N.J. (WPVI) -- Trenton officials are working to ensure all public schools are watched by law enforcement in the wake of a security mixup.

They say a contract dispute left several public schools without guards and, in some cases, that prompted worried parents to pull their kids from class.

In an unfortunate coincidence, the school day at Trenton Central High School's visual and performing arts building began with a bomb threat.

The mayor's office says luckily the building was swept and all was clear.

But according to officials, it couldn't have happened during a more vulnerable day. That's because there was likely no security guards at the school.

"I was notified last night there was a dispute with the contract with the security company and they may be walking off the job today," Mayor Reed Gusciora said on Friday morning.

Officials say the security company employees did, in fact, walk out.

Therefore, for at least a few hours today, many of the Trenton Public school buildings didn't have security.

We spoke to one parent Robert Ponton, who rushed to the school board building for answers once his daughter called and told him.

He said he wasn't given any answers.

"I'm a parent. So as a parent how can you have no comment to me? You should at least be able to say something to make me feel a little more secure about what's going on," Ponton said.

The mayor's office says once they were notified at least one Trenton police officer was sent to each of the school district buildings.

But what's more alarming is information given to us by members of the Trenton Education Association.

"Each individual school has been directed to come up with a plan. There's no consistent plan across the district with how we're going to handle security," said Janice Williams.

The association says some of the plans include the students.

They're calling for city leaders to make a plan now.

"This is a homeland security issue that we're facing right now. Especially given all the violence and shootings taking place in the city of Trenton," Williams said.

The mayor's office said the earliest this can be resolved is after Thanksgiving break. So, next week, police will be at all buildings.

At this point the school district has declined to comment.