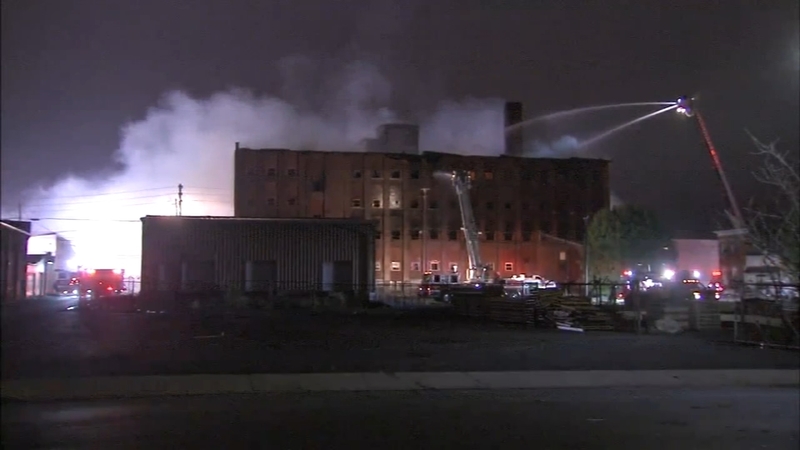 The call went out around 6:30 p.m. Sunday for smoke showing from a building near Franklin and Warren streets.

A firefighter who suffered a burned hand was taken to the hospital for treatment.

Video from the scene of a warehouse fire in Allentown, October 7, 2018

People gathered to watch as the flames and smoke rose from the four-story building.

Officials told people who live near the building to shelter in place as a precaution. One residence had to be evacuated.

Fire officials say the warehouse was not in use at the time.

They say the thick smoke that poured from the building made for challenging conditions.

Some who live nearby lost power.

"Neighbors were coming out running towards the fire," said Andre Foy. "I knew something was wrong. Something big was happening."

The fire has since been placed under control and demolition crews are expected to knock down what's left of the structure unless it comes down on its own.

The cause of the blaze is unknown at this time and officials said it will be some time before the fire marshal will be able to investigate.