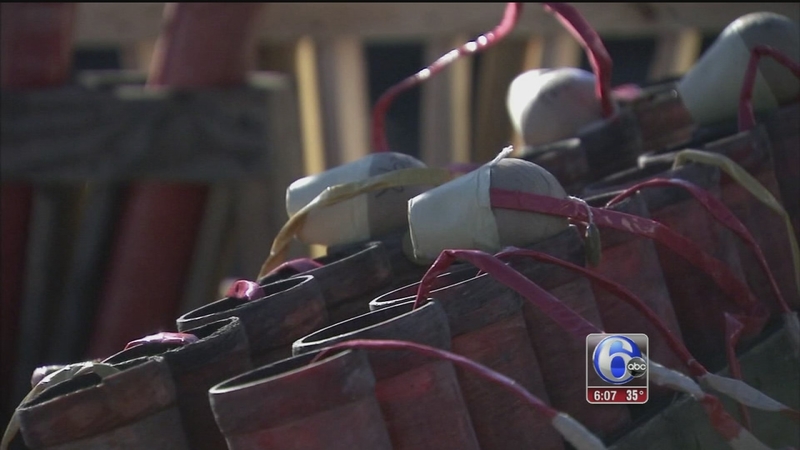 PHILADELPHIA (WPVI) -- The countdown is on to the start of the New Year and the city is getting ready to celebrate.

Bleachers and barricades are going up around City Hall for the start of the Mummers Parade.

All the way down Broad Street, work on the fireworks display has been underway for days.

At the Naval Yard the team from a company called Pyrotechnico is loading up a barge with fireworks.

Tough to imagine looking at canisters and foil, but they are the ingredients for two spectacular New Year's Eve displays above the Delaware River.

"Both the 6 o'clock and the midnight show are both here on the barge so we've split the two shows. We're on our final steps and by the end of the day hopefully we'll be about 95% complete," Ken Furstoss of Pyrotechnico said.

They promise some surprises and always keep their fingers crossed it goes as just as planned as the shows are computerized and synchronized to music.

At City Hall, the bleachers are up at Broad and Market.

They'll start at this location this year and head down Broad, a new twist on this ages old Philadelphia tradition.

"I keep telling my band it's uncharted waters with doing it here then doing the parade after. You're having this big thing in the beginning, hopefully it'll be fun for everybody and hopefully the crowds will come out and enjoy it as well," Harry Brown of Quaker City said.

If you're planning to come out, remember the routines happen first at City Hall starting at 10 a.m. then they move on to the parade without props progressing down Broad and ending at Washington Avenue.