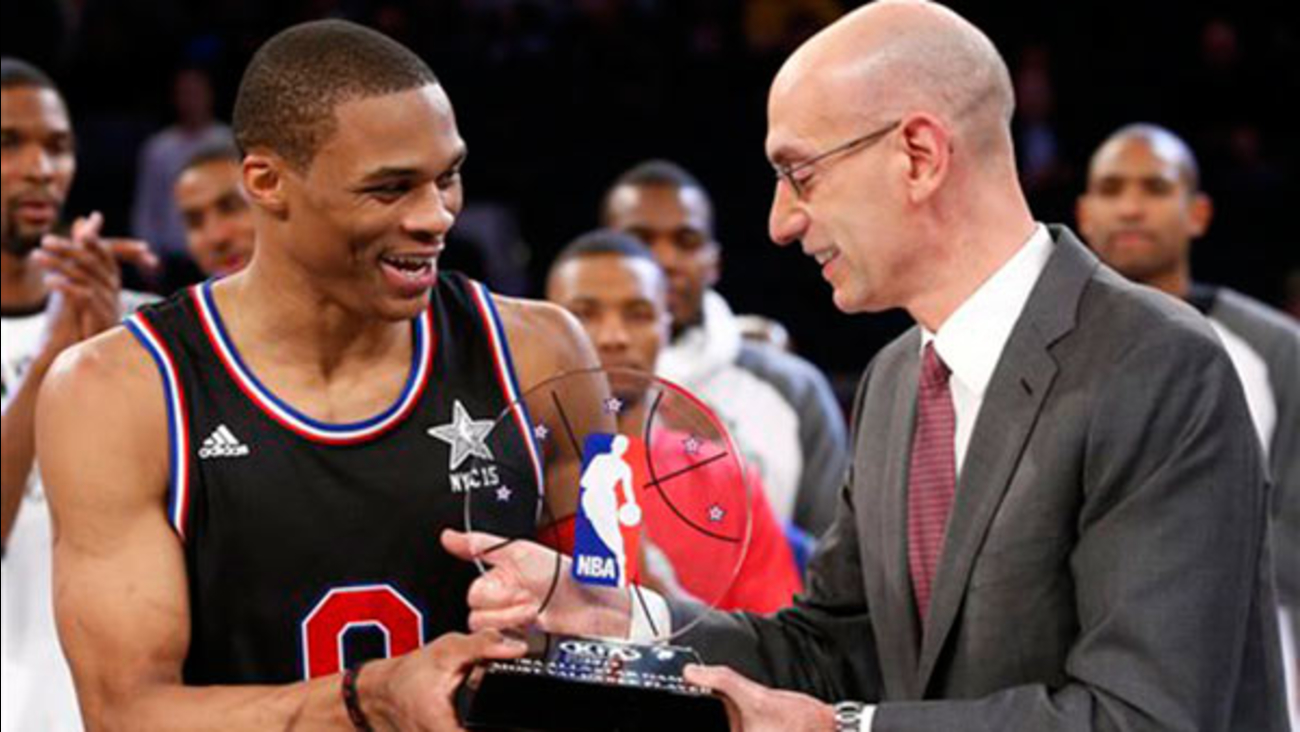 The Oklahoma City speedster had a record 27 points by halftime and closed out the scoring with two free throws, falling one point shy of Wilt Chamberlain's 42 points in the 1962 game. He was voted the game's MVP.

The NBA's return to New York showed off everything about the Big Apple, and Westbrook stole the show on one sports' biggest stages.

By the time Frank Sinatra's "New York, New York" played after the game, it was clear Westbrook was king of the hill among the NBA's best.

James Harden added 29 points, eight rebounds and eight assists for the West, which built a 20-point lead in the first half and then pulled away after it was tied at 148 with a little more than 4 minutes remaining.

LeBron James finished with 30 points but couldn't lead the East to the victory in his favorite NBA arena.

Harden's 3-pointer snapped the final tie with 4:02 to play and Chris Paul followed with consecutive baskets. Westbrook's fifth 3-pointer put it away at 158-149 with 2:22 to go.

Atlanta's Kyle Korver made seven 3-pointers and scored 21 points for the East, while Washington's John Wall had 19.

Big brother Pau Gasol won the jump ball against Marc to begin the first All-Star game featuring two sibling starters, but for a while it looked as if that would be the East's only win of the night.

The West shot out to a 20-point lead behind a record 27 first-half points from Westbrook, but the East chipped away and cut it to 83-82 before pop star Ariana Grande's halftime performance.