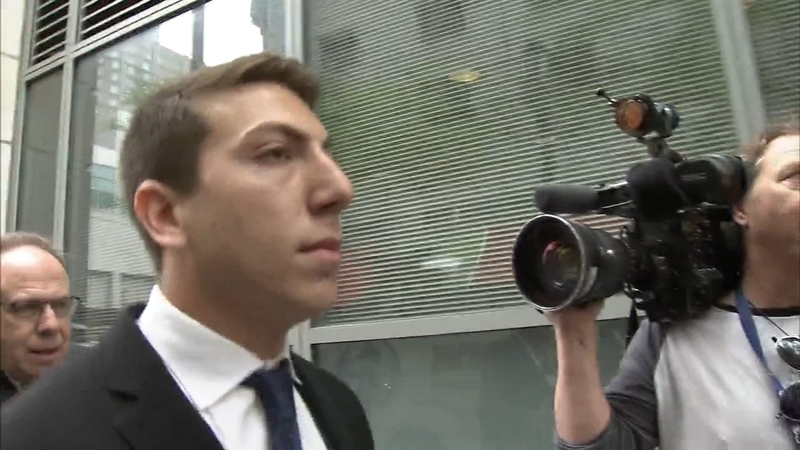 PHILADELPHIA (WPVI) -- The former president of a Temple University fraternity who was arrested on sexual assault charges back in May is now facing a number of new offenses.

Ari Goldstein was in court for an arraignment on Wednesday morning. The new charges include rape, sexual assault, unlawful restraint and indecent assault.

The incident in question happened last November. Sources say Goldstein invited the victim to a fraternity party, then allegedly held her down and raped her in his room. Police say the pair had a friendship prior to the alleged incident.

"This young lady is a young lady that, we believe, evidence will show had an ongoing intensive, intensive sexual relationship with my client," he said. "After the alleged incident, she continued to attend parties with her sorority sisters at the house where she claims she was assaulted."

Goldstein was charged in May and has been ordered to stand trial.

During a court hearing last month on the previous charges, a 19-year-old female Temple student testified that last February Goldstein asked her up to his room at the Alpha Epsilon Pi house to smoke marijuana. Instead, she said he assaulted her for about 30 minutes.

After that July hearing, Goldstein's attorney said the allegations were "Me Too gone wild."

Temple University officials suspended the Alpha Epsilon Pi chapter in April after at least three women alleged they were sexually assaulted at the fraternity house. The reports also included allegations of underage drinking and drug use.

Alpha Epsilon Pi says they just became of aware of the latest charges and reiterate that Goldstein is no longer a member of the fraternity.

Temple University said Goldstein is no longer a registered student.