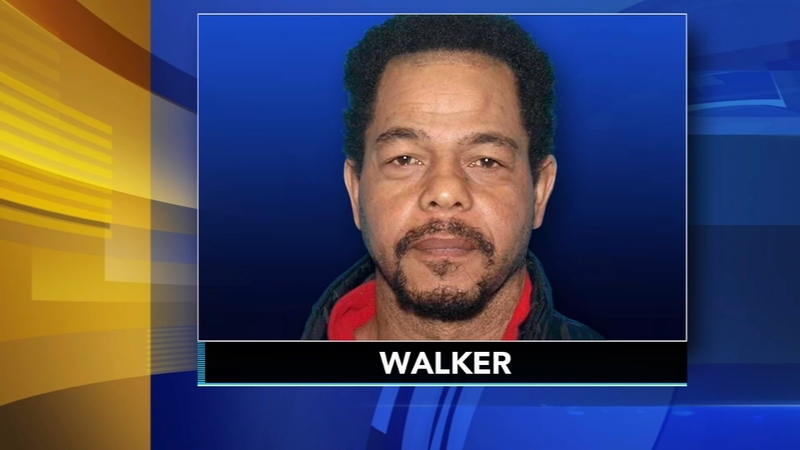 CHERRY HILL, N.J. (WPVI) -- A suspect is being sought after a woman was shot multiple times at an apartment complex in Cherry Hill, New Jersey.

The vehicle belongs to the victim.

.@CamCoPros and @CherryHillPD are looking for this man - 53 y/o Brian Walker of Camden after a shooting at Cherry Hill Towers apts last night. Considered armed and dangerous. If seen, call 911. @6abc pic.twitter.com/RKAxXktHGb

Investigators were called to the Cherry Hill Towers off Route 38 around 11 p.m.

Neighbors we spoke to say the shooting happened in the West Tower.

"I was watching a movie like 11 p.m. and I heard gunshots," said Lulu Hilario.

"Before I heard it there was a woman that said, 'No, please stop! Don't do it!' And then 'bam bam bam,'" said Mark Ruffin.

"I was like - what is that, gunshots?" said Ashtyn Corbin. "I've lived here for six years, I've never had a problem here. "

On Monday morning we found a restoration crew cleaning the outside of the building. Detectives from the Camden County Prosecutor's Office were on site investigating.

Property management released a statement on Monday, part of which reads:

"Our thoughts and prayers are with the victims and all those affected by this incident. The safety and security of our residents, guests and employees are paramount. We are fully cooperating with local authorities - and will continue to offer support however we can."

Neighbors say they never thought this would happen here - in this gated complex.

"Yeah, I was afraid. I was about to walk my dog. I walk her three times a day and I was afraid to go out," said Hilario.

"It was a scary moment. You think you're in a good environment, that in a gated community none of this would happen but you never know what could happen," said Ruffin.

Walker is considered armed and dangerous. If you see him, police urge you to call 911.