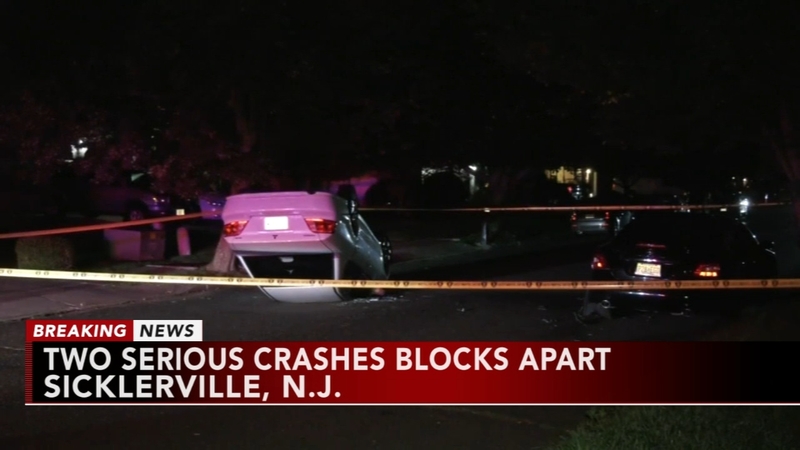 GLOUCESTER TWP., N.J. (WPVI) -- Police in Gloucester Township, New Jersey are investigating two crashes that occurred within blocks of one another.

Police were called around 11:16 p.m. Monday to a report of a motorcycle crash on Lexington Park.

Arriving officers found the male motorcyclist lying on the ground. He was taken to Cooper University Hospital with non-life-threatening injuries.

At approximately 11:20 p.m., the Gloucester Township Police responded to another crash. Police say a driver struck a parked car on Glen Burnie Drive then overturned. The driver's injuries are not known at this time.

The crashes do not appear to be related, police say.

Both roadways were closed for approximately four hours.