NJ Gov. Chris Christie feels the heat politically after a day at the beach 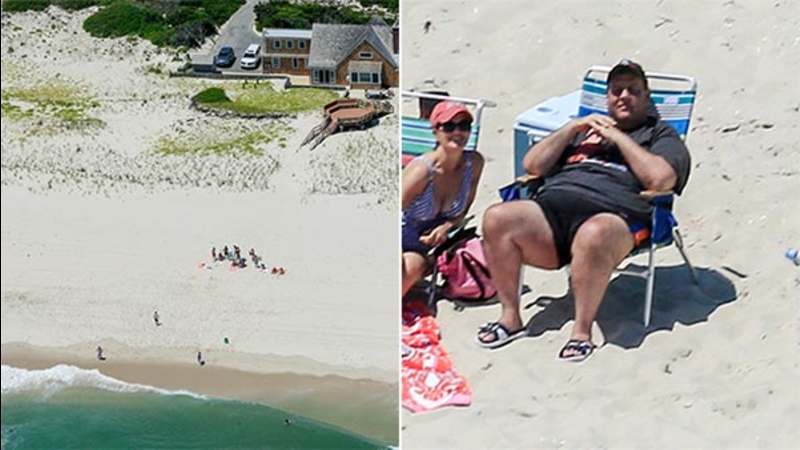 TRENTON, N.J. -- There's Gov. Chris Christie, lounging in a beach chair in the Oval Office. There he is again, sitting in the sand as the lovers from the movie "From Here to Eternity" roll around in the surf. And there he is, relaxing outside the meat store from "The Sopranos."

Christie is getting blistered online and in the real world after he was photographed with his family soaking up the sun on a beach that he had closed to the public over the Fourth of July weekend because of a government shutdown.

A deeply unpopular Republican serving out his final six months in office, Christie was lambasted Monday as selfish and arrogant, and jokesters online inserted the picture of him in sandals, shorts and a T-shirt into various photos and movie and TV scenes.

"Jersey to Christie: Get the heck off the beach!" The Jersey Journal headline read, mocking the way the tough-talking governor told people to "get the hell off the beach" during a hurricane in 2011. 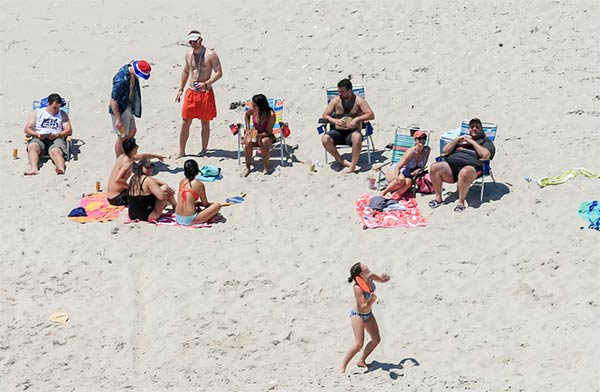 New Jersey state beaches and parks were shut down over the weekend along with motor vehicle offices and other services deemed nonessential after Christie and the Democratic-controlled Legislature failed to agree on a budget for the new fiscal year that began Saturday.

Christie defended his visit to the shore, saying that he had previously announced his plans to vacation at the state-owned governor's beach house and that the media had simply "caught a politician keeping his word."

"That's the way it goes," Christie said Saturday about his family's use of the beach house. "Run for governor, and you can have the residence."

Later, after he was photographed on the beach, he sarcastically called it a "great bit of journalism."

Christie's picture was snapped from a plane Sunday by NJ.com at Island Beach State Park, where he and his family had the sun and sand to themselves. 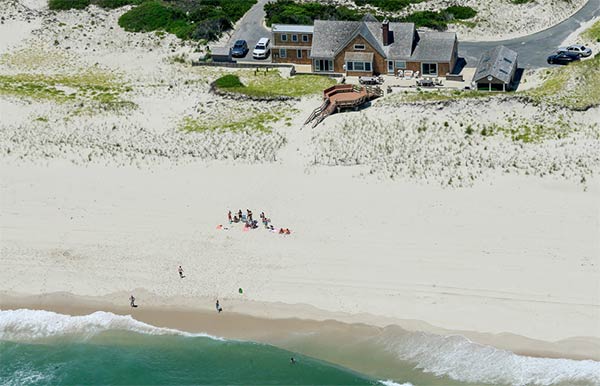 "I didn't get any sun today," Christie told reporters at a news conference later in the day in Trenton. Then, when told of the photos, his spokesman told NJ.com that the governor was telling the truth because he was wearing a baseball hat during his 45-minute visit to the beach.

People in New Jersey and beyond seized on what many saw as a let-them-eat-cake gesture by the state's chief executive.

"Taxpayers can't use the parks and other public sites they pay for, but he and his family can hang out at a beach that no one else can use?" asked Mary Jackson, a Freehold resident. "Doesn't he realize how that looks, how people will see it as a slap in the face?"

Online, people cracked jokes about the sight of the heavyset Christie in a beach chair. Others likened the beach closing to the 2013 scheme by Christie allies to close lanes and cause huge traffic jams at the George Washington Bridge. 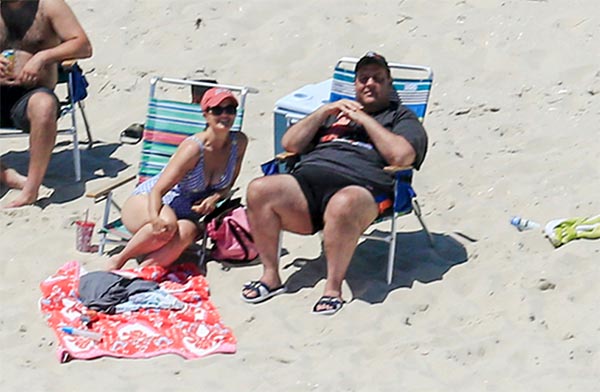 The sticking point in the budget stalemate is Christie's demand that Horizon Blue Cross Blue Shield be overhauled so that the state can tap into the nonprofit insurer's surplus.

Christie's approval rating is already at an abysmal 15 percent, after three aides were convicted or pleaded guilty in the bridge scandal and after he threw his support to Donald Trump when his own presidential campaign fizzled.

He was passed over for vice president and apparently didn't get the high-level job in Washington that he wanted, but he has been mentioned as a possible late addition to the Trump administration.

"It is hard to imagine a worse optic for public relations on a hot July day. Pollsters may find out how low approval ratings can go in New Jersey," said Fairleigh Dickinson University political science professor Peter Woolley.

"Because the story and the photos have gone national, it makes it harder for Christie to rehabilitate his career outside of the state."

Christie regularly says that the only time popularity counts is when you're running for something - and he's not. "I don't care," he said recently when asked about the fall in his ratings.

"The vast majority of New Jersey residents will care much more about the substance of the ultimate resolution than about any of the weekend drama about where he was when he was not at the Statehouse," said Mike DuHaime, a Christie political adviser.

Among those affected by the shutdown were Cub Scouts forced to leave a state campsite and people trying to obtain or renew motor vehicle documents. Liberty State Park was closed, forcing the suspension of ticket sales and ferry service to the Statue of Liberty and Ellis Island. But the two sites remained open.

Prisons, state police, state hospitals and New Jersey's bus and commuter rail system are unaffected. The vast majority of beaches are open as well, since most are controlled not by the state but by towns up and down New Jersey's 130 miles of coastline.

"Come and enjoy them," the governor tweeted Monday morning, "but use sunscreen and hydrate."