New Jersey is one of 18 states, along with the District of Columbia, that have legalized recreational marijuana.
WPVI
By Jillian Mele 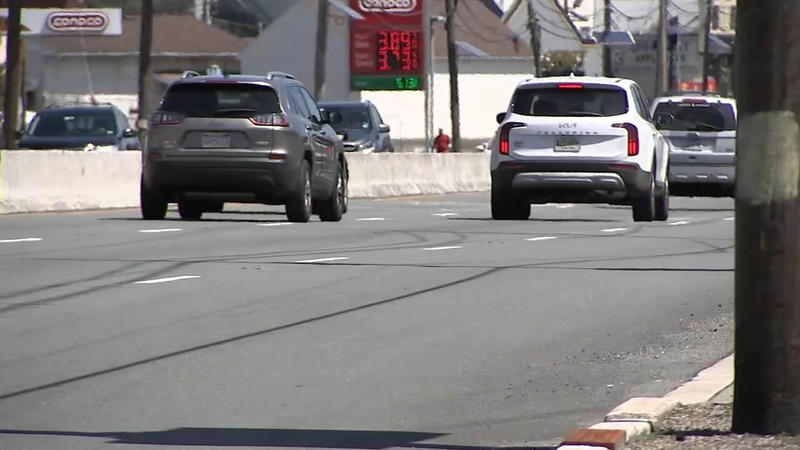 Some worried about impaired drivers as marijuana becomes legal in NJ

CAMDEN, New Jersey (WPVI) -- Marijuana was decriminalized in New Jersey in February of 2021 but as of next Thursday, it's legal for recreational use. While most are in favor, some people are concerned about impaired driving.

Pennsauken Police Chief Philip Olivo said his concern is that "accidents will go up."

Part of a study by the Insurance Institute for Highway Safety and Highway Loss Data Institute shows crash rates spiked with the legalization of recreational marijuana use and retail sales.

During their study of five western states, including Oregon, they found "combined, the impact of legalization and, subsequently, retail sales in the five states resulted in a 6% increase in injury crash rates and a 4% increase in fatal crash rates compared with other Western states where recreational marijuana use was illegal during the study period."

It begs the question: will it change the job of law enforcement officers? And what happens if someone is suspected of being impaired?

New Jersey has drug recognition experts for that.

"There are officers that are trained in DRE in the state who, based on their observation, could prove impairment," said Philip Olivo, Pennsauken's police chief. "We will treat it the same as people drinking alcohol. Even though marijuana is decriminalized, it's still not legal to drive while you're impaired. So, we will be treating it as with someone on alcohol or even prescription meds and shouldn't be driving."

Some people see state tax revenues as a plus.

"In the governor's budget, they anticipated somewhere around $16 million for the general fund. But 70% of the tax revenues raised going forward have to be by law invested in what are called impact zones," said Jeff Brown, with the New Jersey Cannabis Regulatory Commission.

In Massachusetts, the state projected it would earn $54.5M in excise taxes on recreational marijuana in 2021 but it ended up earning more than double. In Oregon, the state earned $311M for the last two years compared to budget projections of $223.5 million.