"This is a historic step in our work to create a new cannabis industry," Gov. Phil Murphy said.
WPVI
By Bob Brooks 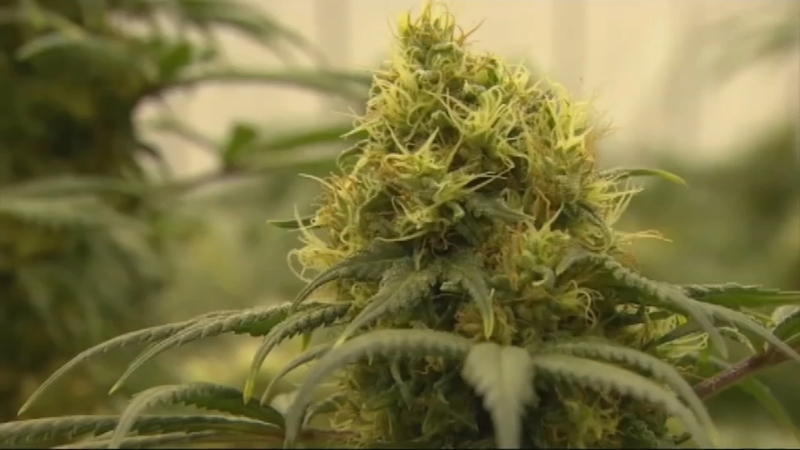 "This is a historic step in our work to create a new cannabis industry," Murphy said.

The news comes about a year after the state's regulatory commission started operating, and a year and a half after voters overwhelmingly approved a ballot question to permit recreational marijuana for people 21 and older.

Sales could start in a matter of weeks or longer, but a specific date wasn't set at the New Jersey Cannabis Regulatory Commission's vote during a remotely held meeting.

Three of the seven facilities, known as alternative treatment centers, are in the northern part of the state. Three are in the south, and one is in central New Jersey.

To get approval, the centers agreed that the coming influx of recreational buyers won't interrupt access for patients. The facilities said they would reserve parking spaces for patients as well as keep hours specifically for patients only.

There are about 130,000 medical marijuana patients in the state, with an estimated roughly 800,000 potential recreational consumers, and fewer than 800,000 estimated "tourism" consumers, according to the commission.

How much money the state will get in tax revenues from recreational marijuana isn't clear. Murphy's fiscal year 2023 budget, which is pending before the Democrat-led Legislature, estimates revenues of just $19 million in a nearly $49 billion budget. In 2019, as legalization of recreational marijuana was still just pending before voters, he had estimated about $60 million in revenue.

Legislation governing the recreational market calls for the 6.625% sales tax to apply, with 70% of the proceeds going to areas disproportionately affected by marijuana-related arrests. Black residents were likelier - up to three times as much - to face marijuana charges than white residents. Towns can also levy a tax of up to 2%.

One of the dispensaries that's been approved for recreational sales is Curaleaf in Edgewater. The cannabis operator released this statement after Thursday's announcement:

"This latest news is a significant milestone that will increase access to cannabis, de-stigmatize the plant, and generate much-needed tax revenue, jobs and business opportunities for the communities most impacted by the war on drugs."

Officials say sales will be limited to one ounce per customer per month, and they want to remind everyone it's still illegal to take marijuana across state lines. It's also still illegal to drive in New Jersey under the influence of marijuana.