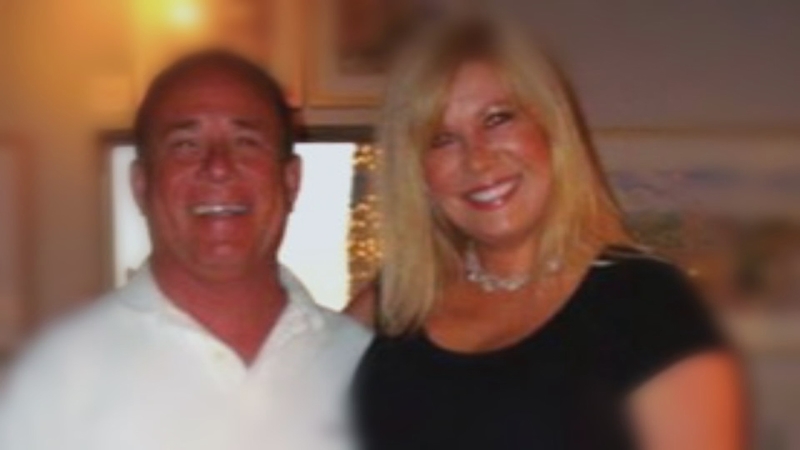 MAYS LANDING, N.J. (WPVI) -- A judge is weighing whether to order a DNA sample from the former husband of April Kauffman, a popular radio host and veterans advocate who was killed five years ago.

It was revealed a blood sample discovered on a blanket in the guest room of the Kauffman's home has the victim's blood and someone else's, but investigators don't know who the blood belongs to.

The prosecution has asked a judge to order Dr. Kauffman to provide a cheek swab of his DNA.

Investigators said it's just another step in an ongoing investigation, and Dr. Kauffman has never been named a suspect.

Murder of popular radio host remains a mystery. Annie McCormick reports during Action News at 11 p.m. on May 9, 2017.

"Seeking the DNA of Doctor Kauffman is just another tool to allow us to compare it to evidence we've already collected," said Atlantic County Prosecutor Damon Tyner.

"Five years is enough. It's time, in our view, for the prosecutors to turn their attention to other directions," said Dr. Kauffman's attorney, Ed Jacobs.

The judge will make a ruling by Tuesday, but that decision will be sealed.

On May 10, 2012, an employee of Kauffman's discovered her shot to death in the Linwood, Atlantic County home she shared with her husband.

Police say her husband told them April was alive when he left that morning.

Days after the murder, authorities said it was not a random act of violence.

Kauffman's daughter, Kim Pack, filed a wrongful death suit against Dr. Kauffman and are trying to block him from accessing two life insurance policies taken out against her late mother.

"I have been fighting for this justice that just seems elusive to me, so I welcome any kind of hope or investigation that would help solve this murder," Pack told Action News earlier this month.
Dr. Kauffman has maintained his innocence in this case.