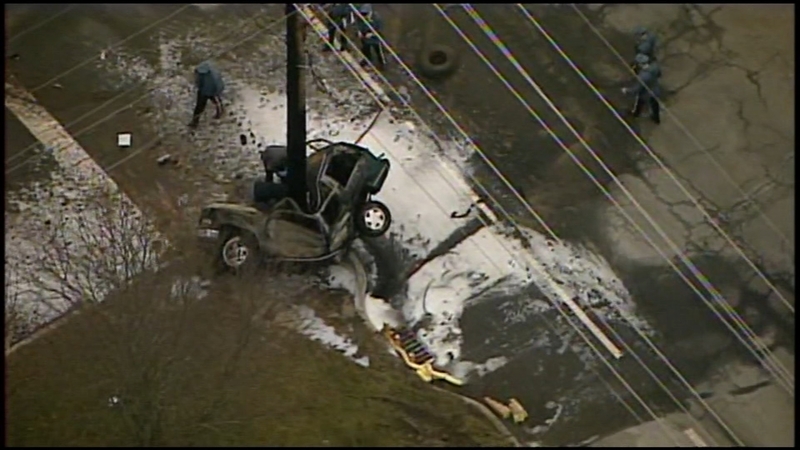 TABERNACLE, N.J. (WPVI) -- Officials say three people are dead following a violent crash that ended with an SUV wrapped around a utility pole in Burlington County.

The crash happened around 12 p.m. Monday at Flyatt and Caranza roads in Tabernacle.

It happened right in front of the Sequoia Alternative Program school, which was dismissed early due to the accident.

Police said Monday's incident began when troopers were told a green SUV was stolen from the Pic-a-Lilli Inn along US 206 in Shamong Township.

Police sources initially told Action News that two adult men and a pregnant teenager were killed in the crash, but on Tuesday another police source contradicted that statement.

More information was expected as the investigation unfolds.

The view from Chopper 6 over the crash scene Monday afternoon showed a GMC SUV lying on its side with the cabin of the vehicle crushed against a utility pole.

Initial reports said the vehicle had been reported stolen and was being pursued by police when it crashed, but authorities would not confirm that report Tuesday.

The vehicle appeared to have burst into flames. Video from the scene appeared to show fire damage to the SUV.