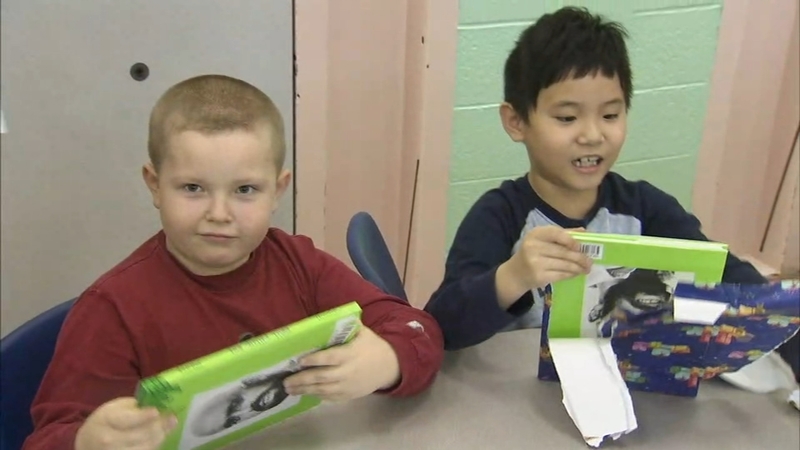 Copies of "The Giving Tree" by Shel Silverstein were wrapped up as the gifts they are and passed along to the awaiting children.

"I was really excited to open this gift," said second grade student Aniesha Covington. "The boy has a tree that's his friend. I think that's really cool."

Over the past month, officers from the Gang Resistance Education and Training program went to classrooms to read "The Giving Tree," and then today officers delivered copies to each student in first, second and third grades.

"It's a great story," said prosecutor Scott Coffina-Burlco. "And it's a great connection this police department makes with the community."

Organizer Ofc. Robert Perro explains this is all part of building relationships within the communities they serve.

"We want the kids to know if there's a problem and they see a police officer that, you know, I've seen him before, I can go to him talk to him," said Perro.

Administrators at the school agree with this approach.