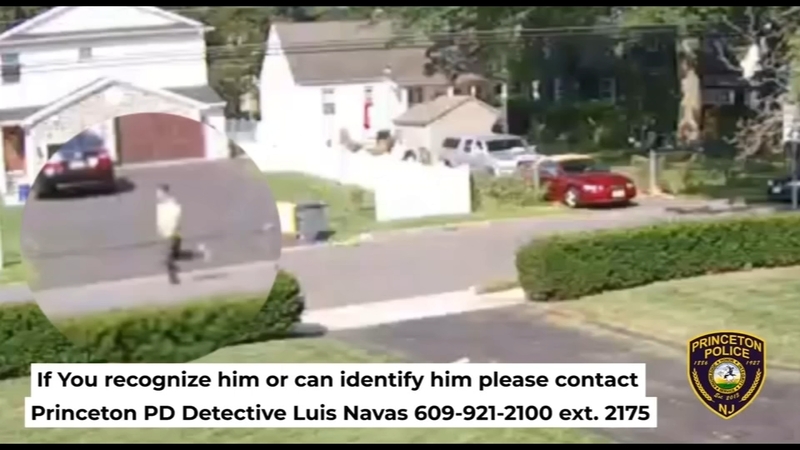 PRINCETON, N.J. (WPVI) -- Police in Princeton, New Jersey have released surveillance video of a man they believe is responsible for groping at least three women.

Detectives think he's responsible for three incidents this year, and possibly other groping cases from as far back as 2016.

The most recent incident happened Saturday, July 27 around 10 a.m. and the man was caught on camera fleeing the scene.

Police say the video captured him running down the street moments after he groped a 24-year-old woman one block over on Linden Lane.

"In the past it used to be very safe," said a neighbor who didn't want to be identified. "With this happening in the neighborhood, we'll be more careful from now on."

Police say he's Hispanic, with a short and stocky build, in his 30s or 40s.

In the video, he's seen wearing a neon yellow shirt and jeans.

Detectives believe he also groped women in February and June of this year.

"I walk to school," said a female student who didn't want to give her name. "But I would never imagine someone would do that. And that we would all be scared to just be walking."