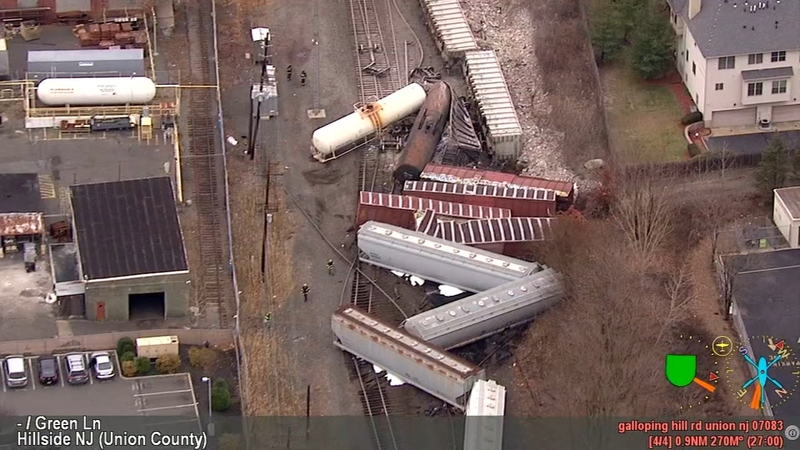 Fire officials in Union Township, southwest of Newark, said the roughly 140-car train operated by CSX Transportation derailed about 1:30 p.m. on its way to Selkirk, New York, a suburb of Albany.

Fire Chief Michael Scanio said the tracks suffered "severe damage" but that the train cars were empty according to the engineer's manifest, and there were no injuries.

Overhead images showed at least a dozen rail cars off the tracks or lying on their sides.

People were evacuated from nearby homes and businesses, Scanio said, but were being allowed to return to their homes by late afternoon after hazmat teams cleared the accident scene.

The tracks affected by the derailment are owned by Conrail and are also used by commuter railroad New Jersey Transit, which suspended service on its Raritan Valley Line in both directions in the area of the derailment.

There was no immediate indication about what caused the derailment or how long it would take to restore rail service in the area.