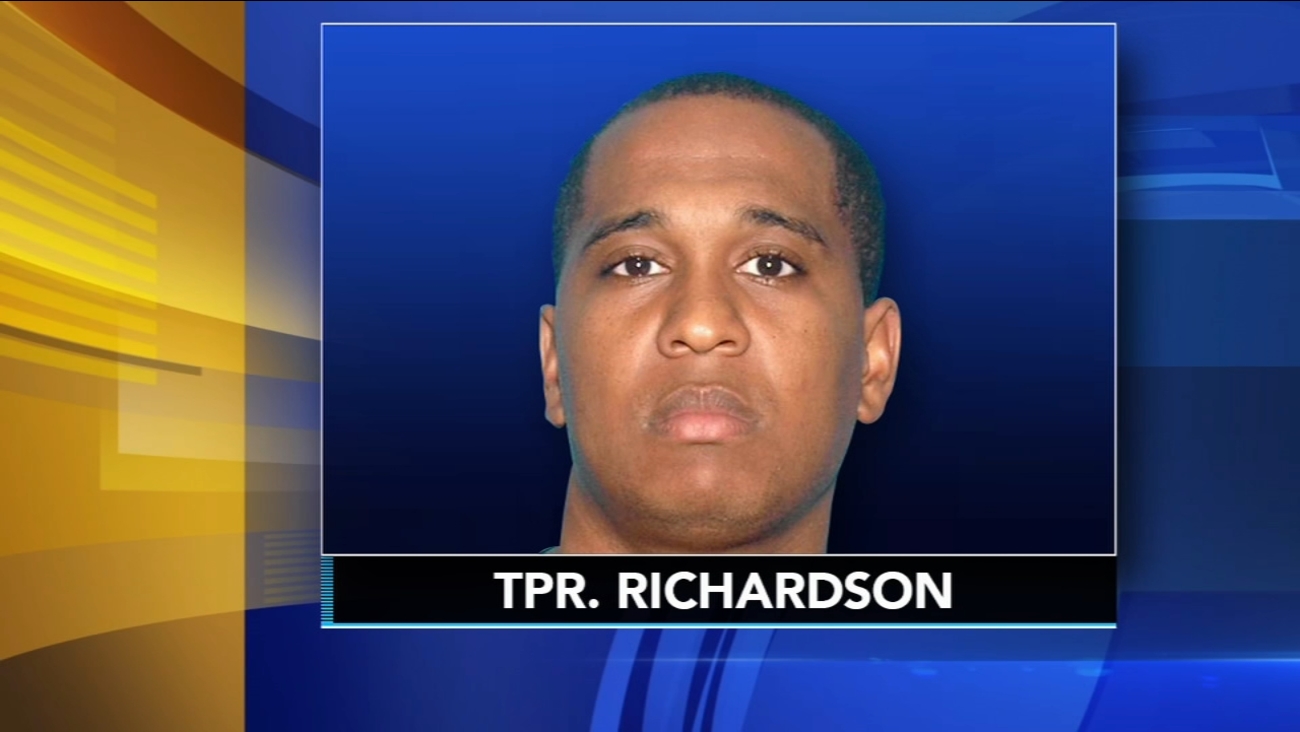 TRENTON, N.J. -- A New Jersey state police trooper accused of repeatedly pulling over women to ask them out on dates has agreed to forfeit his job as part of a plea deal to resolve the allegations.

They say a friend of Richardson's asked him to do a "driver inquiry" on a woman the friend employed to see if her driver history revealed any warrants or drug activity.

Prosecutors will recommend that Richardson receive a probation term when he's sentenced Aug. 3.

Authorities have said the 32-year-old Camden man pulled over female drivers and threatened to arrest them unless they handed over their phone numbers.

He was suspended from his trooper's position after being charged in May 2017.