Officials: Death at Tropicana Atlantic City determined to be suicide 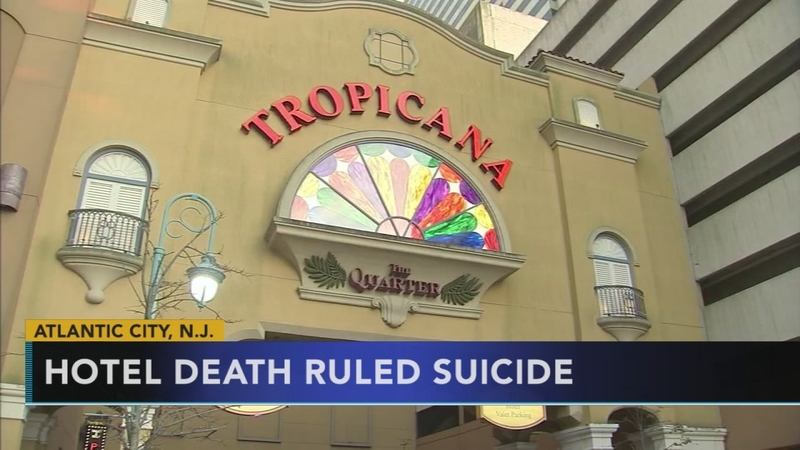 ATLANTIC CITY (WPVI) -- Authorities have determined the death a man at the Tropicana Casino & Resort in Atlantic City was the result of a suicide.

They say a woman was injured as a result of an attempted suicide.

Atlantic County Prosecutor Damon Tyner says this was an isolated incident and there were no safety concerns to the public at any time.

Police were called to the casino around 5:30 p.m. Tuesday.

Police responded after receiving a 911 call from hotel staff. The discovery was made inside a room in the Tropicana Towers.

"The people that were involved in this matter were guests and they had overstayed their registered time. As a result of that, hotel staff went to check on them. At that time, the police were called," Tyner said.