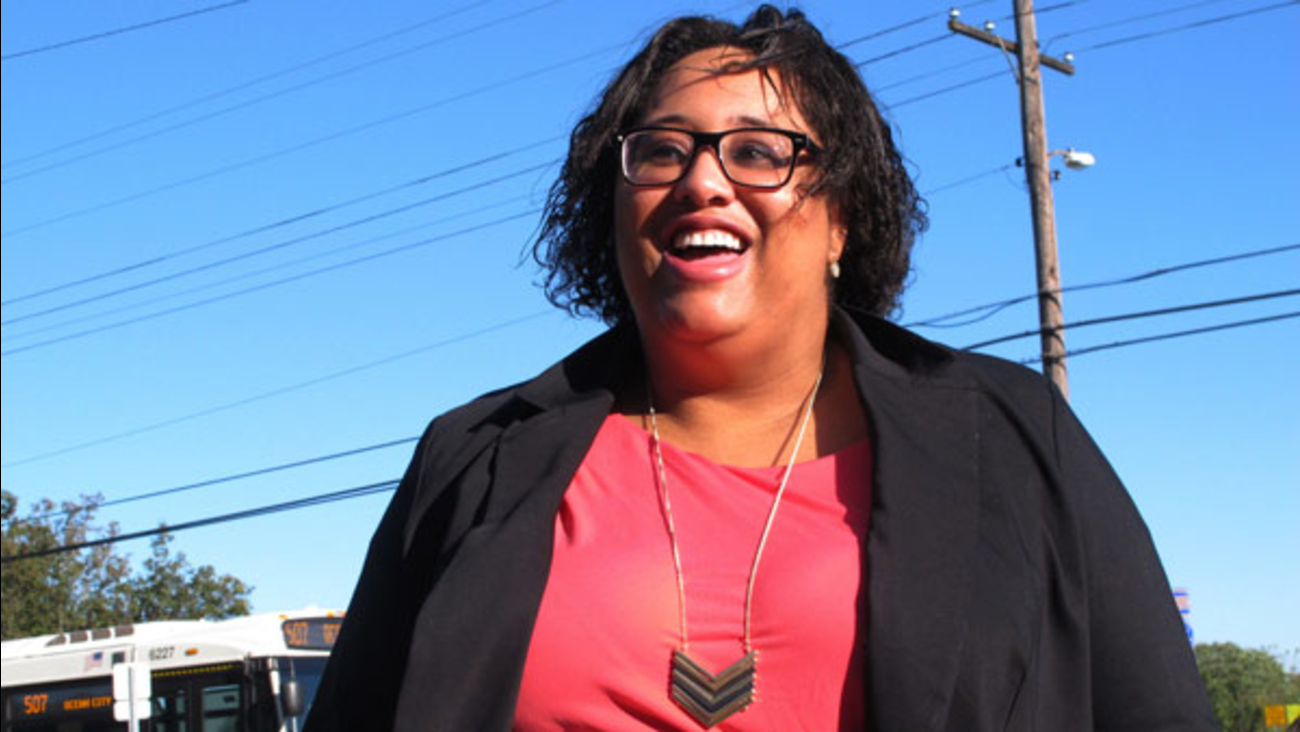 In this Oct. 20, 2017 photo, Ashley Bennett, a Democratic candidate for freeholder in Atlantic County, N.J., speaks about her campaign in Northfield, N.J. (AP Photo/Wayne Parry)

MAYS LANDING, N.J. -- A New Jersey politician who shared a meme on Facebook during January's Women's March in Washington asking whether the protest would be "over in time for them to cook dinner" is eating his words.

A woman who was angered by Republican John Carman's remarks on Tuesday defeated his bid for a second term as an Atlantic County freeholder.

Carman said the meme was "a bad choice" but said the women in his life were "strong and confident" enough to not be offended by his joke. He apologized a few days later.