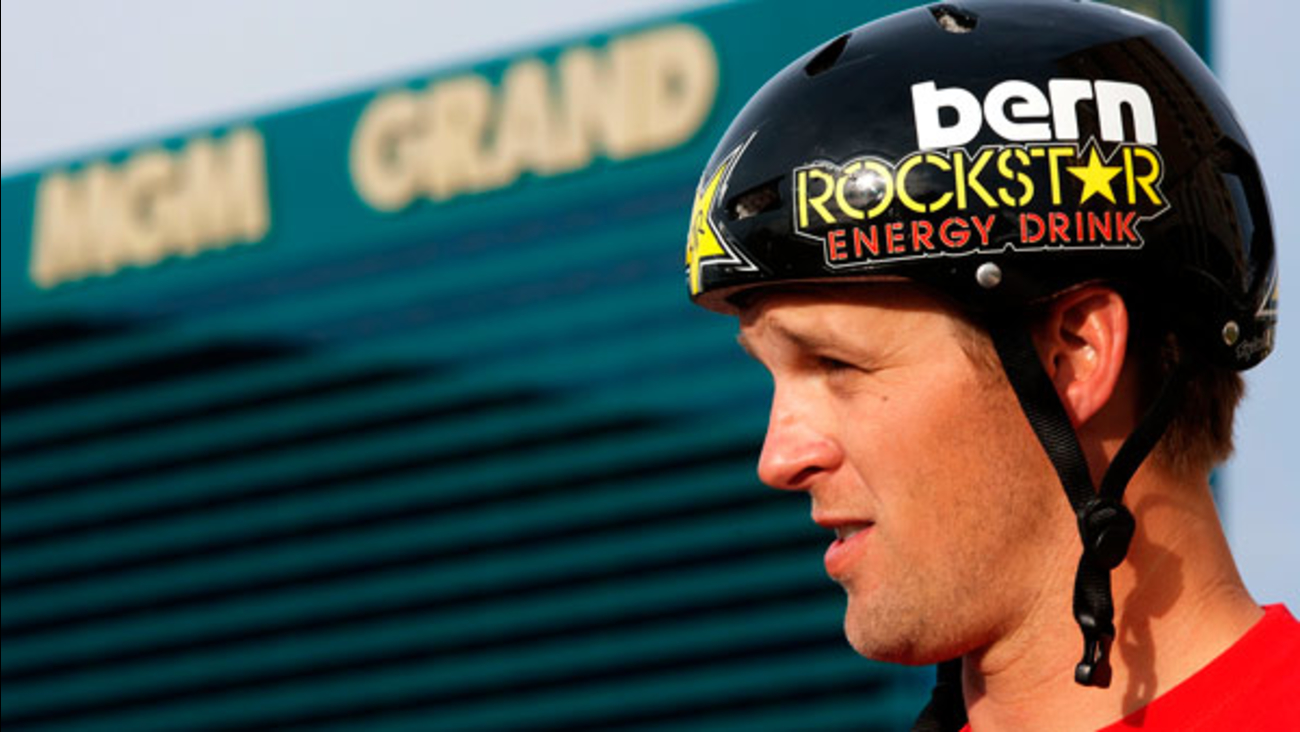 FILE: Erik Roner of Nitro Circus talks to the media after base jumping off The Signature at the MGM Grand Hotel & Casino on Wednesday June 1, 2011 in Las Vegas. (Jeff Bottari/AP Images for Nitro Circus Live)

SQUAW VALLEY, Calif. -- An extreme sports star skydiving for the opening ceremony of a golf event in Northern California died when he struck a tree Monday, authorities said.

Witnesses told deputies Roner, 39, was part of a group conducting a skydiving performance before a golf tournament when he hit a tree while trying to land and became entangled high above ground, Walsh said.

Authorities were not able to remove him from the tree, and Roner was pronounced dead at the scene.

The other skydivers landed safely on the golf course in Squaw Valley, home of the ski resort that hosted the 1960 Winter Olympics.

Walsh said the investigation was continuing and the Federal Aviation Administration was notified.

Roner, a professional skier and avid BASE jumper, was known for being part of "Nitro Circus," an MTV show centered around freestyle motocross rider Travis Pastrana and his crew of extreme sports athlete friends. He also hosted the TV show "Locals" on sports network Outside Television.

"Erik was an amazing person who made everyone and everything around him better," Pastrana said.

Roy Tuscany, a friend of Roner who witnessed the accident, said he watched as two other parachutists landed safely on the golf course's fairway for the ninth hole but then looked on in horror when Roner slammed hard into a tree about 25 to 30 feet above the ground.

He said Roner's parachute got caught in the tree and Roner dangled there while many on the ground scrambled to find ladders and other means to get to him. At one point, several people attempted to stand on one another's shoulders to reach him.

"There's no protocol for this kind of rescue," Tuscany said. "There's no manual. It was just horrible."

Tuscany said Roner was "hilarious" and was a "stand-up guy" who could always be counted on to help with benefit events like the golf tournament. The tournament is sponsored by the Squaw Valley Institute, a nonprofit organization that describes itself as being "dedicated to presenting enriching and inspirational programs to the Lake Tahoe region."

"We are still trying to process this tragedy," said Rob Faris, a senior vice president at Outside Television. "Our hearts go out to his family."

Outside Television will air "Locals" from 7 p.m. to 11 p.m. EDT Tuesday in Roner's honor.

Roner is survived by his wife and two children, according to the Squaw Valley Institute.