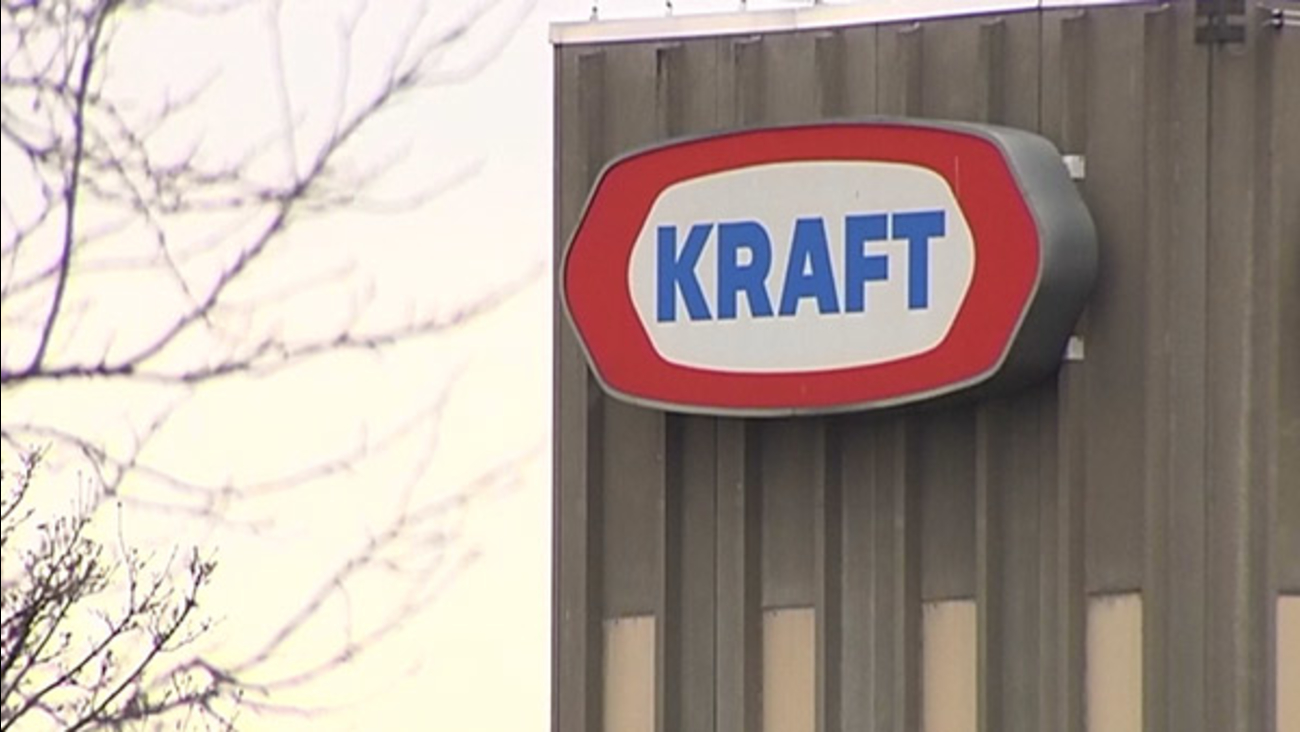 UPPER MACUNGIE TWP, Pa. (WPVI) -- Kraft Heinz will close their Lehigh Valley plant and six others in the U.S. and Canada over the next two years.

These closures are part of a downsizing that will eliminate 2,600 jobs, or roughly 14 percent of its North American factory workforce, the newly-merged food company announced Wednesday.

The company said it would also close manufacturing facilities in Fullerton and San Leandro, California; Federalsburg, Maryland; St. Marys, Ontario, Canada; Campbell, New York; and Madison, Wisconsin. The closures will occur over the next 12 to 24 months.

The company said it also will close its existing lunch-meat processing plant in Davenport, Iowa, and move production to a new state-of-the-art plant to be built several miles away within two years. Part of the company's cheese production will also be moved away from Champaign, Illinois.

The company, co-headquartered in Chicago and Pittsburgh, formed from the merger of Kraft and Heinz earlier this year. After the facilities close, Kraft Heinz will have 41 plants in North America that employ about 18,000 people.

"Our decision to consolidate manufacturing across the Kraft Heinz North American network is a critical step in our plan to eliminate excess capacity and reduce operational redundancies for the new combined company," Michael Mullen, senior vice president of corporate and government affairs, said in a statement.

"This will make Kraft Heinz more globally competitive and accelerate the company's future growth," he said. "We have reached this difficult but necessary decision after thoroughly exploring extensive alternatives and options."

The company said about 250 corporate jobs in the Oscar Mayer and U.S. meat business unit will be relocated from Madison, Wisconsin, to Chicago.

The new company announced in August that 2,500 non-factory jobs would be cut following the merger.

The full statement from Michael Mullen is below:

"Following an extensive review of the Kraft Heinz North American supply chain footprint, capabilities and capacity utilization, we are announcing the closure of seven manufacturing facilities in North America: Fullerton, California; San Leandro, California; Federalsburg, Maryland; St. Marys, Ontario, Canada; Campbell, New York; Lehigh Valley, Pennsylvania; and Madison, Wisconsin. In a staged process over the next 12-24 months, production in these locations will shift to other existing factories in North America.

Our decision to consolidate manufacturing across the Kraft Heinz North American network is a critical step in our plan to eliminate excess capacity and reduce operational redundancies for the new combined Company. This will make Kraft Heinz more globally competitive and accelerate the Company's future growth.

We have reached this difficult but necessary decision after thoroughly exploring extensive alternatives and options. This action will reduce the size of our North American factory-based employee population by a net number of approximately 2,600 positions.

At the same time, we will invest hundreds of millions of dollars in improving capacity utilization and modernizing many of our facilities with the installation of state-of-the-art production lines.

We will treat our people with the utmost respect and dignity. At the appropriate time, affected employees will receive severance benefits, outplacement services and other support to help them pursue new job opportunities. Kraft Heinz fully appreciates and regrets the impact our decision will have on employees, their families and the communities in which these facilities are located," Michael Mullen, SVP of Corporate & Government Affairs.

"Additionally, Kraft Heinz is announcing that in 2016 we will move Oscar Mayer and our US Meats Business Unit from Madison, Wisconsin to our co-headquarters in Chicago. The move will bring 250 jobs to the Chicago area.

Members of the Oscar Mayer and US Meats Business Unit will have the opportunity to move with the business to Chicago. The move centralizes all our U.S. Business Units to our co-headquarters of Chicago and Pittsburgh, which will drive increased collaboration and efficiency."