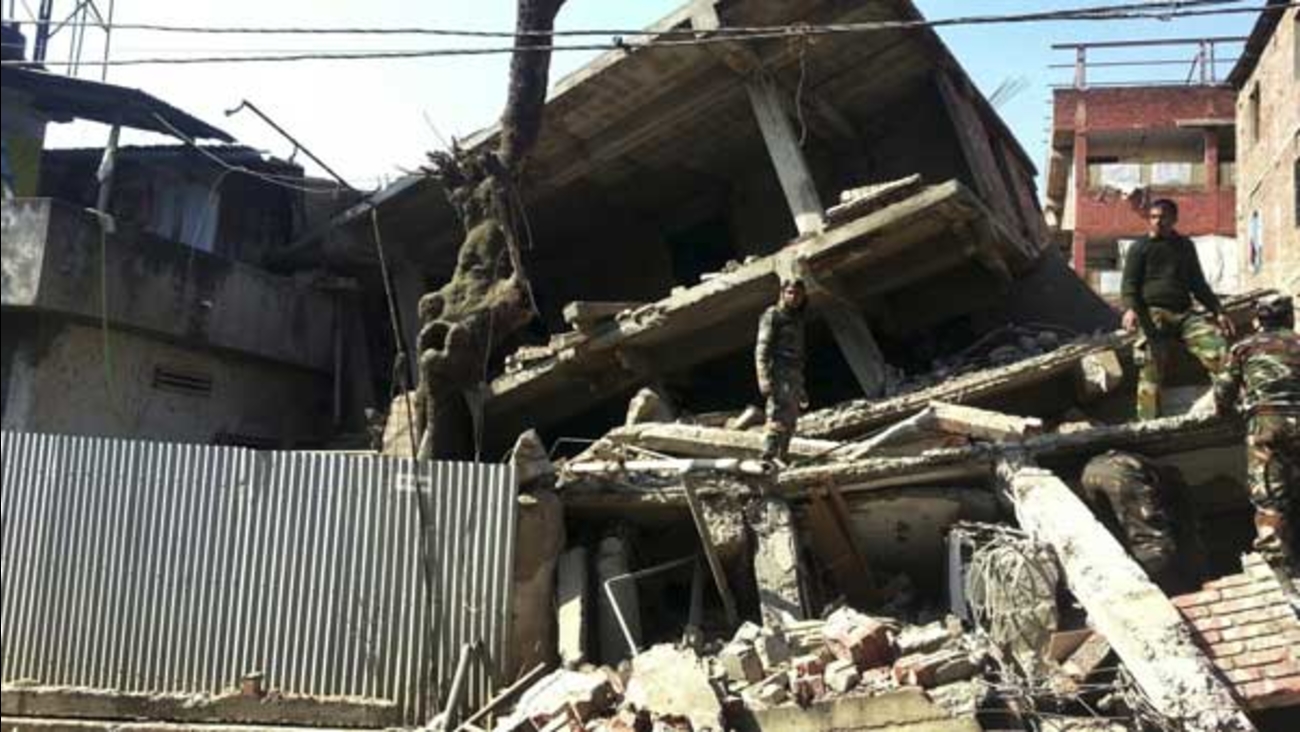 Indian soldiers inspect a house that collapsed in an earthquake in Imphal, capital of the northeastern Indian state of Manipur, Monday, Jan. 4, 2016. (AP Photo/Worshon Ngashangva)

The death and injuries were caused by falling debris. Manipur state's home minister, G. Gaikhangam, said several areas suffered extensive damage, especially the capital, Imphal. He did not give details but told reporters the situation was still being assessed.

Three people were killed in Imphal and five in other parts of the state, said police officer A.K. Jalajit.

Media reports said five people were killed in neighboring Bangladesh, but there was no official confirmation.

The 6.7-magnitude tremor left large cracks in walls, damaged a bridge on the outskirts of the capital and caused a newly constructed six-story building to collapse. The region is dotted with small houses with few tall buildings.

India's Meteorological Department said the epicenter was in the Tamenglong region of Manipur. It struck 35 kilometers (20 miles) northwest of Imphal, 17 kilometers (10 miles) below the surface and not far from the border with Myanmar.

Police officer L. Ragui said by telephone that dozens of homes were slightly damaged in Tamenglong.

"It lasted for around one minute. We were sleeping and were woken up by the earthquake," he said.

The area is remote, with poor cellphone and Internet connections, and information about conditions outside of major cities may take time to emerge.

Imphal residents said furniture was knocked over and books fell off shelves.

"The ground swayed for almost a minute, jolting people awake in their homes," said one resident, Apem Arthur.