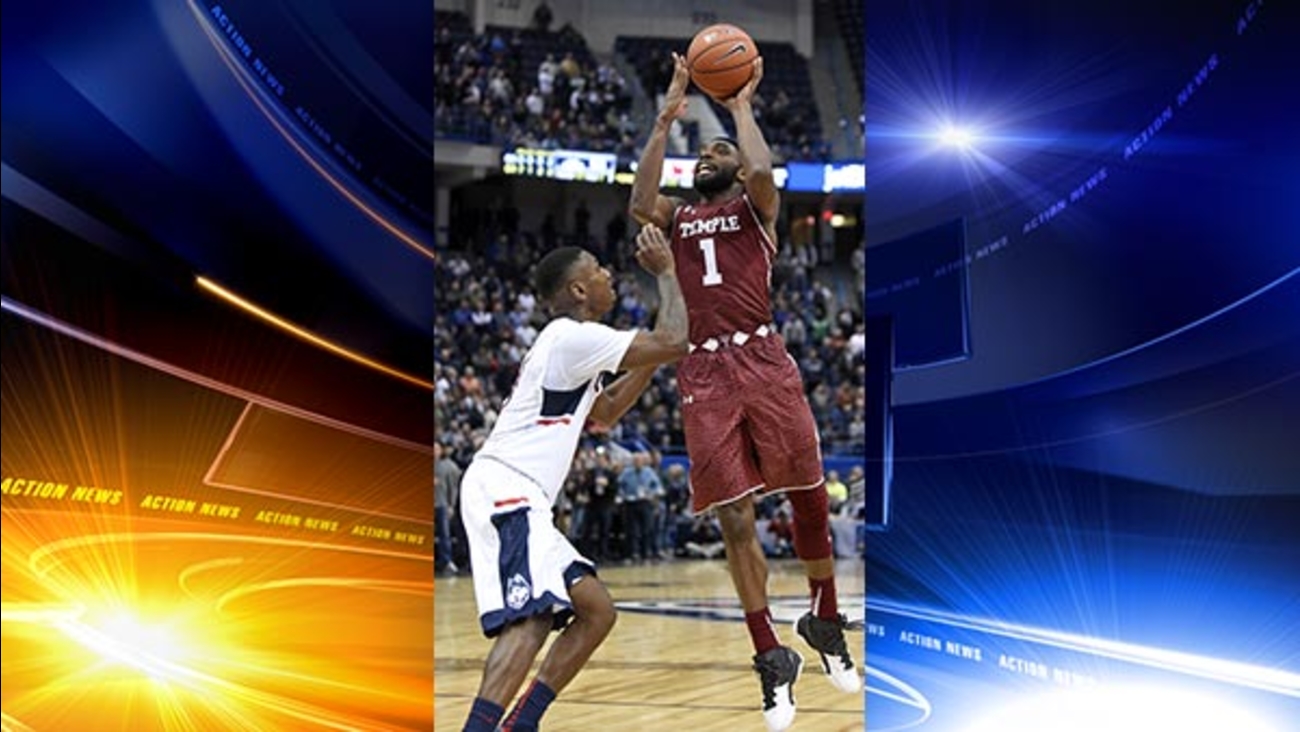 Temple's Josh Brown (1) shoots the game winning shot while being guarded by Connecticut's Sterling Gibbs (4) late in the second half of Temple's 55-53 victory. (AP Photo/Fred Beckham)

HARTFORD, Conn. -- Josh Brown hit a spinning jumper in the lane with 2.5 seconds left and Temple upset No. 23 UConn 55-53 on Tuesday night.

The Owls (7-6, 2-1 American Athletic Conference) led by as many as eight points in the second half, but were tied after two free throws from UConn's Daniel Hamilton.

A desperation 3-pointer by UConn's Sterling Gibbs at the buzzer was well off the mark.

Quenton DeCosey scored 15 points to lead the Owls, including making all three of his attempts from 3-point range. Devin Coleman added 14 points, while Brown and Jaylen Bond each had 11.

Shonn Miller scored 18 points to lead the Huskies, who had won five straight.

The win was the 200th at Temple for Dunphy and the Owls' second in three games against a ranked team.