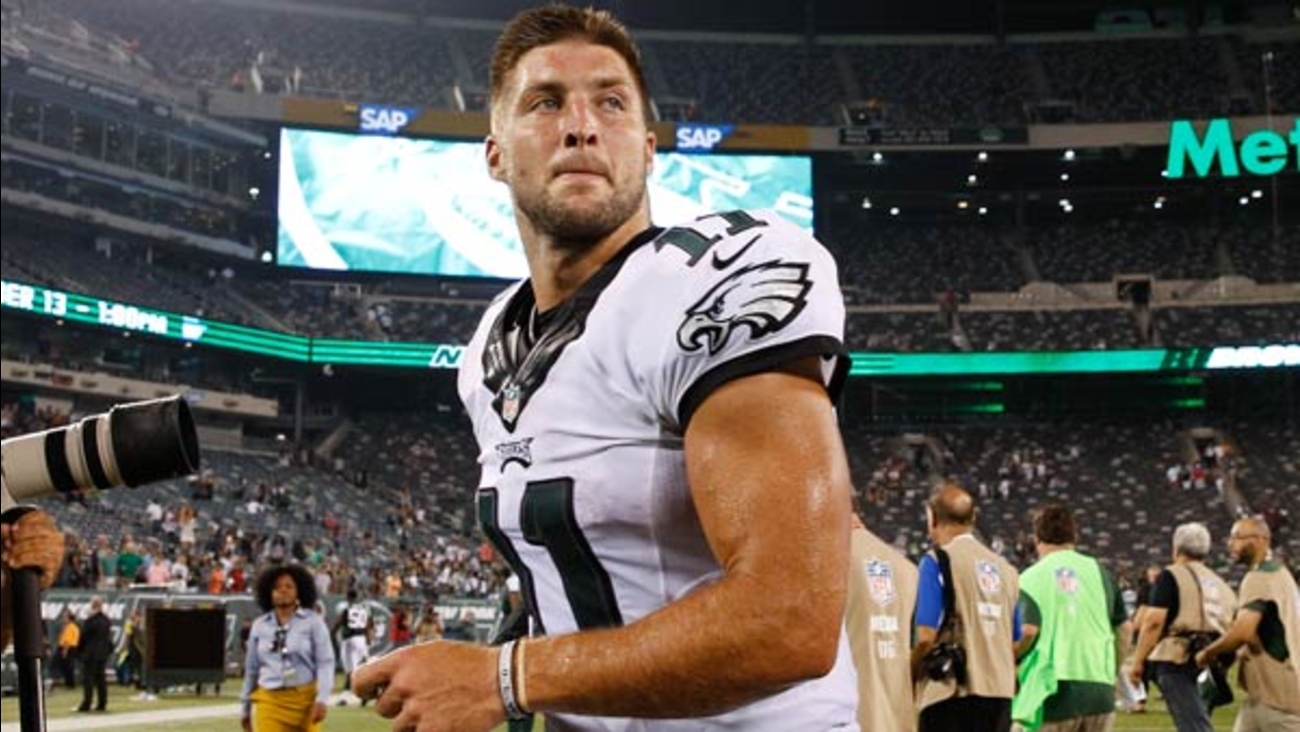 Tebow's name was among a lineup of politicians and celebrities that would either speak or be present at the convention.

Donald Trump is relying heavily on the party's establishment to fill out the list.

Absent from a list obtained Thursday by The Associated Press are Trump friends from professional sports such as New England Patriots quarterback Tom Brady or the celebrities that the New York billionaire's team long suggested would help make this convention unlike any other.

Still, there is no shortage of political outsiders.

Peter Thiel, PayPal co-founder, may be the first-openly gay speaker featured at a national Republican convention. His appearance comes as party leaders refuse to soften the GOP's formal opposition to gay marriage.

Mark Geist and John Tiegen, survivors of the deadly 2012 attack on the American diplomatic consulate in Benghazi, Libya, will speak.

"This impressive lineup of veterans, political outsiders, faith leaders and those who know Donald Trump the best - his family and longtime friends - represent a cross-section of real people facing the same challenges as every American household," said Trump spokesman Jason Miller.

Some of the GOP's biggest names are declining to participate in four-day convention, which begins on Monday.

He acknowledged in recent days that he'd stick a little closer to tradition.

"Look, I have great respect for the institution of the conventions. I mean to me, it's very important. So we're not going to change the wheel," he said on Fox.

Brady was initially floated as a possible speaker, but he won't appear. Neither will former Indiana University basketball coach Bobby Knight or boxing promoter Don King, a Cleveland resident and passionate Trump supporter.

The program will feature people such pro golfer Natalie Gulbis, retired astronaut Eileen Collins, and Ultimate Fighting Championship president Dana White. Former Navy SEAL Marcus Luttrell, author of the book, "Lone Survivor," about a 2005 firefight in Afghanistan, will make an appearance, along with a Wisconsin sheriff, David Clarke, who is a vocal critic of the Black Lives Matter movement.

The convention will highlight religious leaders such as Jerry Falwell Jr. and Haskel Lookstein, the New York rabbi who converted Trump's daughter Ivanka to Judaism.

Two finalists in Trump's search for a running mate made the list as well: New Jersey Gov. Chris Christie and Newt Gingrich. The other finalist, Indiana Gov. Mike Pence, was not included in the program obtained by the AP.