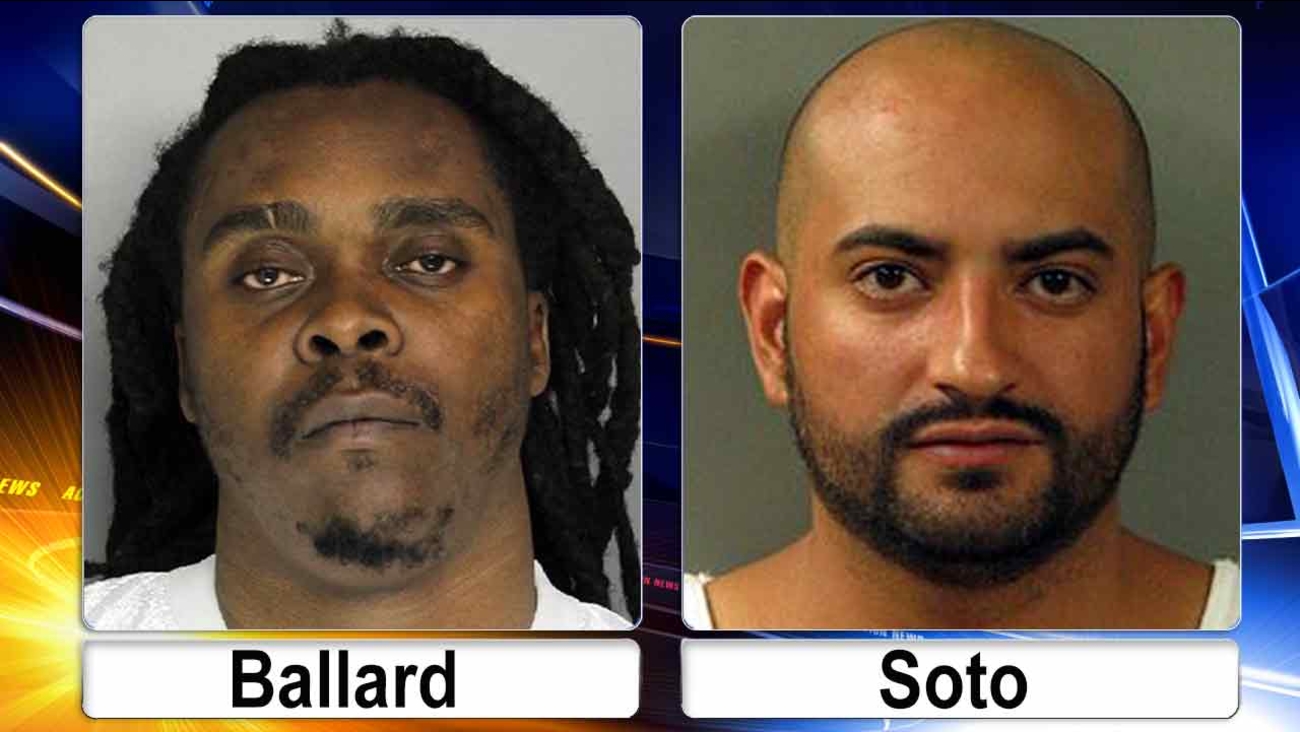 BENSALEM TWP., Pa. (WPVI) -- One suspect is behind bars and another being sought in connection with a robbery outside the Parx Casino in Bensalem.

Police say 33-year-old Jason Ballard and 31-year-old Miguel Soto, both of Newark, N.J., worked together to rob a 73-year-old woman in the casino's parking lot.

Investigators say one of the men approached the victim, ripped the purse from her shoulder and ran, getting away with cash and a cell phone.

They later determined the thief and another man had followed the woman as she walked out of the casino.

Ballard has been arrested and is charged with robbery, theft and conspiracy. He is being held at the Bucks County Correctional Facility in lieu of 10 percent of $25,000
bail.

An arrest warrant has been issued for Soto.

Anyone with information on his whereabouts is asked to contact Bensalem Police at 215-633-3719.
Related topics:
pa. newscasinorobbery
Copyright © 2021 WPVI-TV. All Rights Reserved.
More Videos
From CNN Newsource affiliates
TOP STORIES