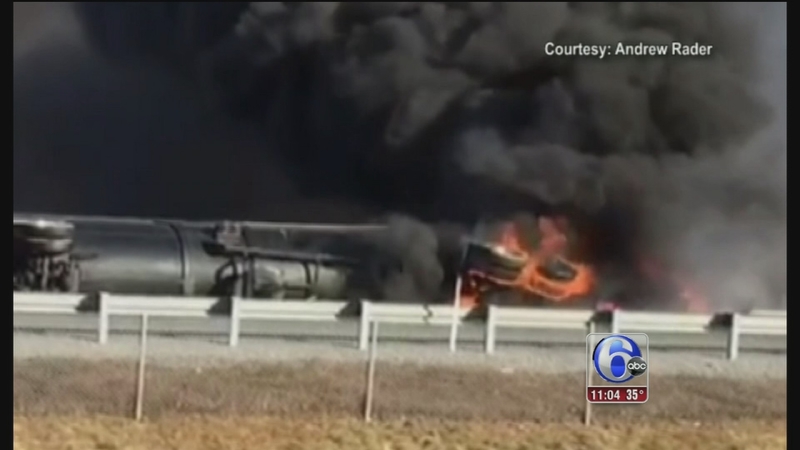 UPPER MACUNGIE TWP., Pa. (WPVI) -- The medical examiner was identified two of the five co-workers who were killed in a fiery crash in Lehigh County.

Due to the severity of their injuries, forensic testing is being done to positively identify each of the victims.

On Friday the medical examiner identified two of the victims: 59-year-old Rosa Lajara-Marine and 34-year-old Mercedes Silvestre Castillo, both of whom lived in Allentown.

Further testing is needed to identify the remaining three.

The accident happened at 3:45 p.m. Wednesday on Route 222 southbound near Route 100 in Upper Macungie Township, Pennsylvania.

Upon impact, police say both the Subaru and the tractor trailer, which overturned, burst into flames.

All five occupants of the Subaru were pronounced dead at the scene, police said.

An investigation revealed the victims were a group of co-workers who were commuting together on their way home from work in Upper Macungie Township.

Authorities declined to identify the company they worked for. But the coroner says the victims, two women and three men, were all between the ages of 19 and 59.

The driver of the tractor trailer, identified as Richard Eckrote of Allentown, suffered minor injuries.

Police are working to determine why the Subaru crossed the median.

Route 222 was closed for nine hours as officials conducted their investigation.

Police say five people were killed in a collision involving a car and tractor trailer in Lehigh County.