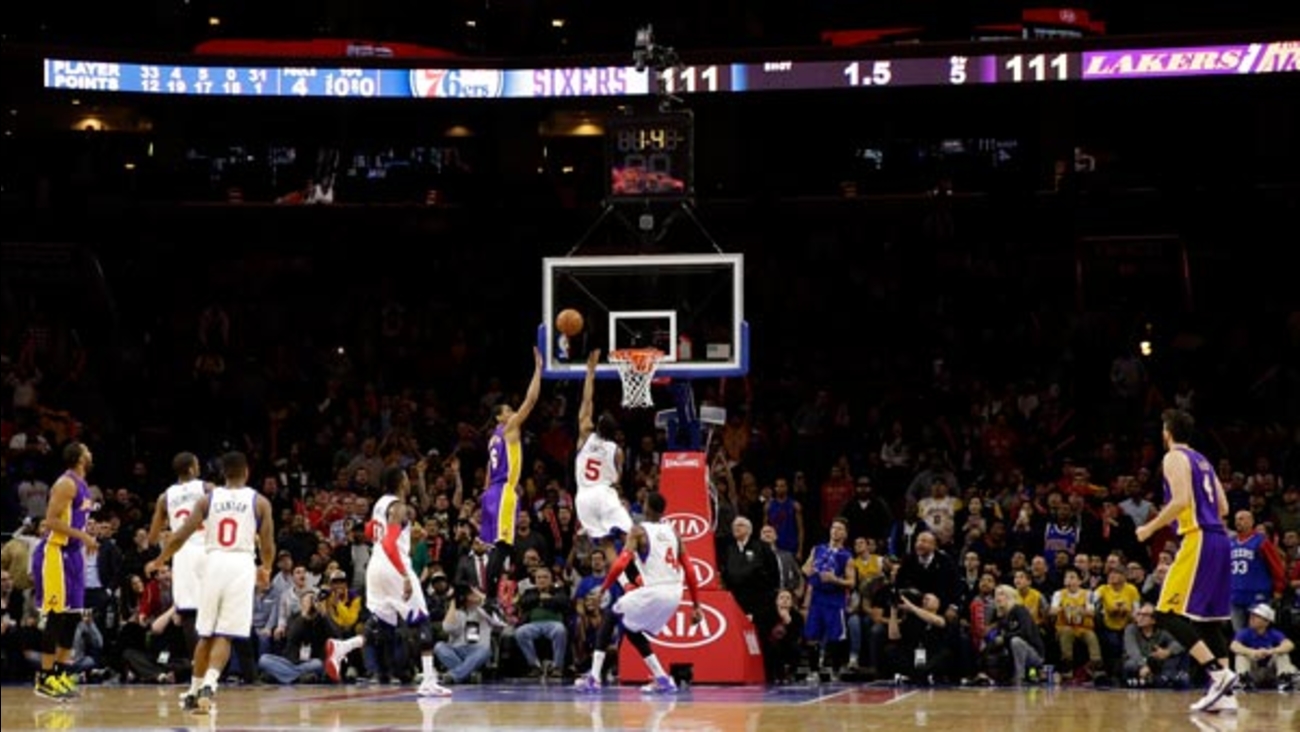 PHILADELPHIA -- Jordan Clarkson scored 26 points and made the tiebreaking basket with 0.7 seconds left in overtime to lift the Los Angeles Lakers past the Philadelphia 76ers, 113-111 on Monday night in a matchup of two of the NBA's worst teams.

Rookie Nerlens Noel led the 76ers (18-57) with 19 points and 14 rebounds for his ninth double-double of the month. He scored six points in the final minute of overtime to tie the game at 111.

But Clarkson tied the game three times in the final minute of regulation: at 98 with a running layup with 49 seconds remaining, at 100 with two free throws with 22 seconds left and at 102 with two more free throws with 11.1 seconds to play.

Smith missed a running layup at the buzzer, sending the game into overtime.

The Lakers opened a 60-53 lead, their biggest of the game, with 7:50 remaining in the third quarter when Wesley Johnson finished an alley-oop from Clarkson.

But the Sixers went on an 11-2 run early in the fourth quarter to take an 85-81 lead and remained ahead until the final minute.

Lin was averaging 21.2 points in his last four games before getting sick, including a 29-point outing in the Lakers' 101-87 win over the Sixers on March 22.

Lakers: The Lakers have won in their last three trips to Philadelphia. . Carlos Boozer was active but did not play for the fifth straight game. He had been dealing with an upper respiratory infection.

76ers: The Sixers have lost five of their last six. .Joel Embiid was dressed during warmups but didn't play. The third overall pick in the 2014 draft has yet to make his NBA debut.

76ers: At Washington on Wednesday