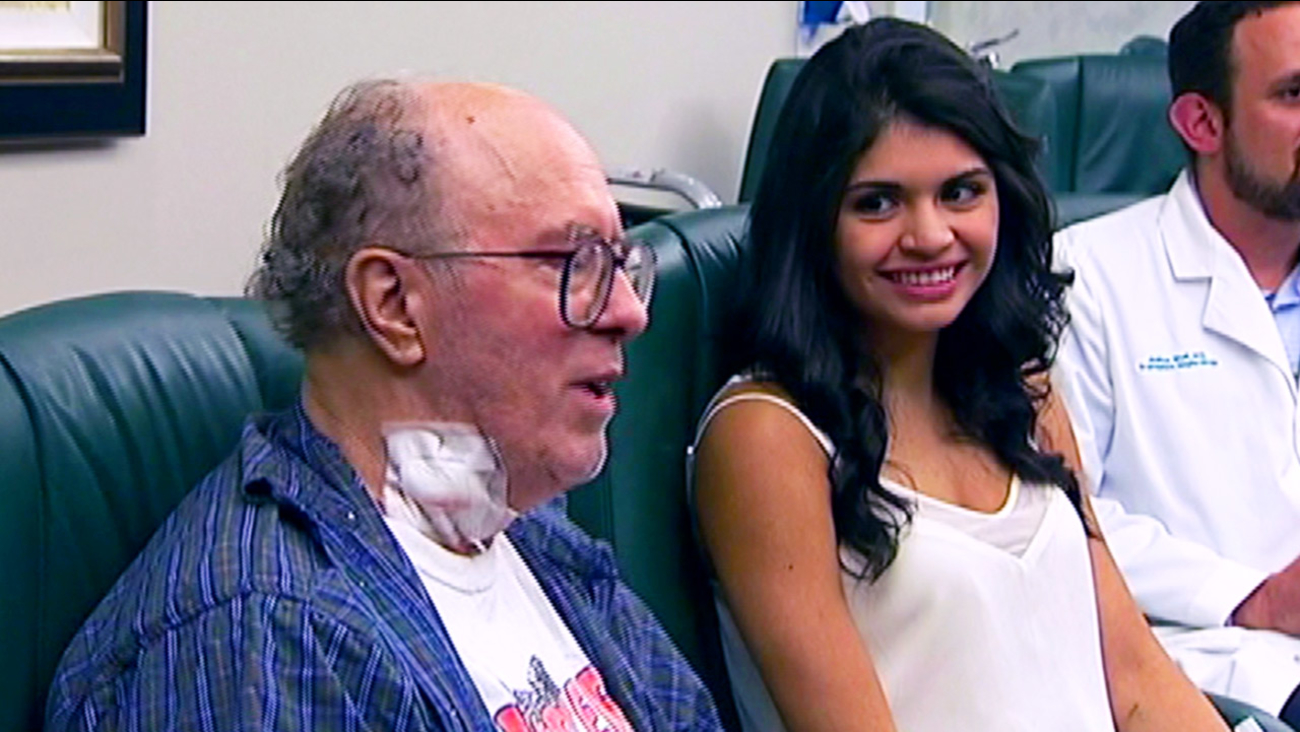 Hooters waitress Mariana Villareal, 22, donated her kidney to Donald Thomas, 72, after learning he'd suffered kidney failure after the death of his wife

ATLANTA, GA (WPVI) -- Doctors say a waitress at a Georgia Hooters and a longtime regular customer at the restaurant are both doing well after a successful kidney transplant.

Mariana Villareal, 22, met Donald Thomas, 72, just three months after starting her job at an Atlanta area Hooters, WXIA-TV reports. The Vietnam War veteran would often eat at Hooters because it was his wife's favorite restaurant before she died of breast cancer.

When Villareal found out her regular customer had suffered a kidney failure nearly 5 years ago and desperately needed a transplant, she decided to step in and help.

"If he can live 2 more years the happiest he's ever been without having to sit in a room 3 times a week filtering his blood for 8 hours and finally have a full glass of water or finally get to pee again, then go ahead take my kidney," Villareal wrote in an Instagram post.

Doctor's at the Piedmont Transplant Institute tested and found the two strangers were a perfect match. They then used a special robotic procedure to remove Villareal's kidney through a small incision in the abdomen.

Villareal was released from the hospital the next day, and doctors believe Thomas will be well enough to go home today.


Villareal says she hardly knew Thomas, but she was inspired to help him because she recently lost her grandmother to kidney failure.

"Around the same time I met him my grandmother was going through something similar but I wasn't able to help her," Villareal wrote on Instagram. "My higher calling maybe wasn't for my grandma but for a complete stranger. I know God will give him way more years to come."